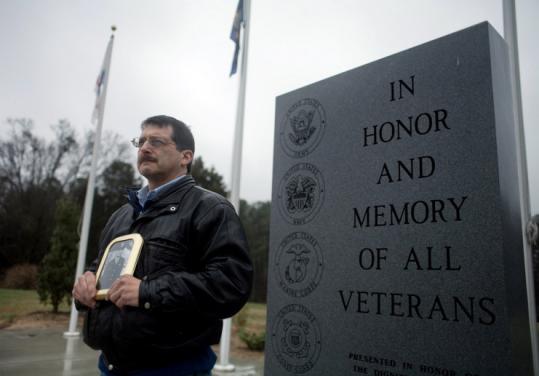 NEW YORK - The military telegram arrived in Peekskill, N.Y., on a springlike day in February 1945. The parents put it down unopened, falling to their knees to pray. Three of their five sons were pilots fighting overseas, and they were afraid to learn which of their boys was dead.

Their firstborn, Joseph Huba, 27, was the one named in the telegram. His transport plane had crashed in the Burmese jungle. And like tens of thousands of other American servicemen who died in World War II, he remained officially missing - a fate that has haunted such families ever since.

"My poor mother would say, 'If they could just find him so I could bury him - I don't want the birds picking on his body,' " recalled Francis Huba, 84, who remembers Joseph as "the best big brother anyone ever had."

But it was a nephew - born 15 years after his uncle's plane went down - who combed military records, interviewed witnesses, and is now weighing a thirdhand report that Burmese hunters have stumbled on the wreckage of the doomed plane.

More than six decades after the end of World War II, the families of men like Joe Huba are making a new push to find and bring home the remains of their missing and dead. After years when survivors accepted the solace of mass memorials and unknown-soldier graves, a younger generation is seeking something much more personal. The relatives are spurred by strides in DNA matching, satellite mapping, and Internet archives, and by a new advocacy group impatient with the pace of the military unit that tracks down remains.

"We owe these men for giving their lives - we can't just leave them in jungles, on mountainsides," said Lisa Phillips, 45, president of the group, World War II Families for the Return of the Missing, which was formed in 2006 to compete with organizations pressing for recoveries from the conflicts in Vietnam and Korea. "There's that saying, 'No one left behind,' and we've left a generation behind."

The search has its pitfalls, Phillips admits. Discoveries about how a loved one died can prove more disturbing than ignorance. International swindles and treasure hunters complicate the sheer challenge of identifying remains after so many years.

And some relatives have come up empty-handed after expensive private searches, like a Minnesota man who has spent thousands of dollars on underwater dives off Yap Island in the South Pacific without finding his uncle's sunken B-24.

The numbers are daunting. Of more than 88,000 American servicemen missing in 20th-century conflicts, some 79,000 are casualties of World War II, and though many of them were forever lost at sea, the government classifies about 35,000 as recoverable. The unit responsible for all recoveries, the Joint POW/MIA Accounting Command, identifies about 75 remains a year. Yet the unit's forensic successes keep raising expectations.

Last year a sailor killed at Pearl Harbor in 1941, and buried as an unknown in the National Memorial Cemetery of the Pacific in Honolulu, was exhumed, identified as Alfred E. Livingston, and reburied in Worthington, Ind., his hometown. Similar identifications are now likely for some of the 47 "Okinawa Unknowns," according to the Defense Department.

And in 2006, the recovery unit confirmed the identity of a World War I doughboy, Private Francis Lupo, discovered in a construction site near Soissons, France, matching mitochondrial DNA from his bones with a niece's saliva swab. He was buried in Arlington National Cemetery.

"Things that weren't possible for identification of remains 10 years ago are possible now," said Gary Zaetz, 53, of Cary, N.C., who has pressed the government for a recovery from a mountainside in northern India, where a World War II B-24 bomber nicknamed "Hot as Hell" was found a year ago by an Arizona mountaineer.