Edwards bows out of the race, altering Democratic campaign 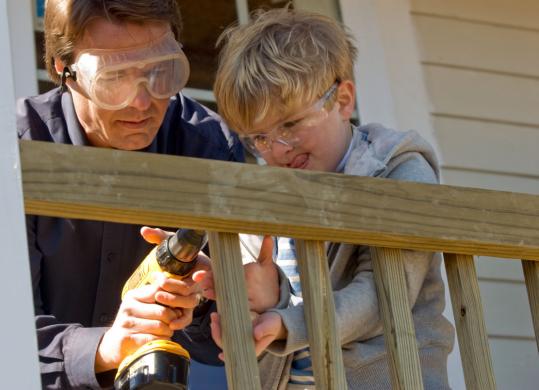 John Edwards and his son Jack did volunteer work in the Upper Ninth Ward of New Orleans. Edwards dropped out of the presidential race, but hasn't endorsed either of his rivals. (Matthew HINTON/AFP/Getty Images)
Email|Print| Text size – + By Marcella Bombardieri Globe Staff / January 31, 2008

Former senator John Edwards ended his quest for the presidency yesterday where it began, in a hurricane-ravaged neighborhood in New Orleans, declaring that he had secured commitments from Barack Obama and Hillary Clinton that they would continue his fight against poverty.

Although his angry populism enthralled crowds, and he had at times seemed on the verge of catching fire, Edwards failed to win any of the early state contests and had been written off by most political observers weeks ago. He came in second in Iowa, narrowly beating Clinton, but his distant third-place finish Saturday in South Carolina, where he was born and where he won the 2004 primary, was crushing.

Still, Edwards's announcement came as a surprise because he had declared this week that he would stay in the race through the Democratic convention. Not only did he seem to have the stomach for a long fight, but he had the potential to play kingmaker if Clinton and Obama remain neck-and-neck in the race for delegates.

"It's time for me to step aside so that history can - so that history can blaze its path," he said in front of a Habitat for Humanity worksite in the Ninth Ward, with his wife and children by his side. He added later, however, that the passion of his supporters had almost made him change his mind.

Edwards did not endorse either of his rivals yesterday. In the absence of a signal from him, his supporters are expected to divide up between Obama, whose critiques of politics-as-usual are similar to Edwards's, and Clinton, who tends to poll better among the blue-collar and white voters who made up much of Edwards's base.

In his speech, Edwards struck an optimistic note, saying, "America's hour of transformation is upon us." And yet, he made it clear that his approval for the two remaining candidates was conditional.

"With our convictions and a little backbone, we will take back the White House in November and we'll create hope and opportunity for this country," he said.

The former North Carolina senator, his party's nominee for vice president in 2004, had been laying the groundwork for this run virtually since the last election. He moved leftward and focused his rhetoric on the harm he said corporate America and special interests in Washington do to average people.

Edwards constantly highlighted his decision not to take money from lobbyists, tried to raise the profile of poverty in America, railed against the impact of free trade on US workers, vowed to complete a full withdrawal from Iraq, and called for universal healthcare.

"He's led on everything, from global warming - he was the first one with an economic stimulus package, he was the first to offer universal healthcare," Trippi said. "I think he pushed both of them to move their agendas."

But Edwards was beset by woes along the way. The first was the news last March that his wife Elizabeth's cancer had returned and was incurable. The couple, however, vowed to fight on, and Elizabeth Edwards remained a frequent presence on the campaign trail until a few weeks ago.

With his populist rhetoric, John Edwards was called hypocritical for having worked for a hedge fund and for paying $400 for a haircut. Critics said there was little in his Senate record to back up his platform. And he struggled to raise money against his rivals, deciding in September to accept public campaign financing.

"What is a white male to do running against these historic candidacies?" one news anchor asked Edwards at the debate in Las Vegas two weeks ago. Edwards said he was proud of his party's candidates, but also pointed out that he is the son of a mill worker and the first in his family to go to college.

Edwards noted yesterday that he had spoken to both Obama and Clinton to win their promise to fight poverty, but it wasn't clear whether he was considering lending his support to either one of them. He has been more consistently critical of Clinton than of Obama, and two months ago, he refused to say if he would support her if she became the party's nominee.

Officials in both campaigns said they will be reaching out to the politicians, party leaders, and fund-raisers who have backed Edwards to try to win them over. Both campaigns sought to claim his mantle.

Clinton "has a lifelong history of having worked on issues of poverty," said her chief strategist, Mark Penn.

Steve Hildebrand, Obama's deputy campaign manager, touted the "similarity of their messages and their desire to change Washington."

Clinton and Obama themselves effusively praised John and Elizabeth Edwards yesterday for their advocacy for the poor.

"While his campaign may have ended, this cause lives on for all of us who still believe that we can achieve that dream of one America," Obama told supporters at a rally in Denver.

"He has made poverty a centerpiece of his candidacy and it needs to be on top of the list of American priorities," Clinton told reporters in Arkansas.

Bombardieri can be reached at bombardieri@globe.com.