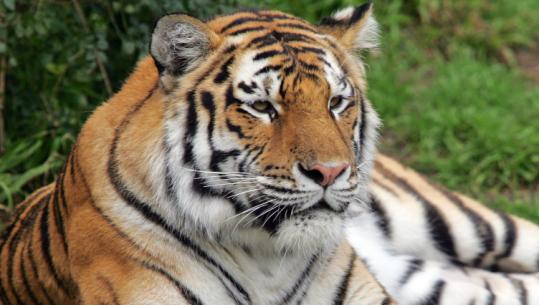 SAN FRANCISCO - A tiger escaped from its pen at the San Francisco Zoo yesterday evening, killing one visitor and injuring two others before police shot it dead, authorities said.

The same tiger had attacked a zookeeper last year.

The three victims were men in their 20s; they were together and were not zoo employees, police spokesman Steve Mannina said.

They were attacked just after the 5 p.m. closing time on the 1,000-acre grounds.

The Siberian tiger, named Tatiana, attacked a zookeeper last December during a public feeding, according to the zoo's director of animal care and conservation. It was unclear how the tiger escaped or how long it was loose.

The zoo, which is open 365 days a year, was evacuated immediately.

Police arrived to find the tiger on top of a victim. The tiger then started moving toward a group of approaching police officers, and they opened fire with handguns, Mannina said.

The two injured men were in critical but stable condition at San Francisco General Hospital, Lieutenant Ken Smith of the Fire Department said.

In the previous attack, the tiger attacked a zookeeper during a regular public feeding. The 350-pound animal reached through the cage's iron bars and badly lacerated her arm. The zoo's Lion House was temporarily closed during an investigation.