'No one could find her' 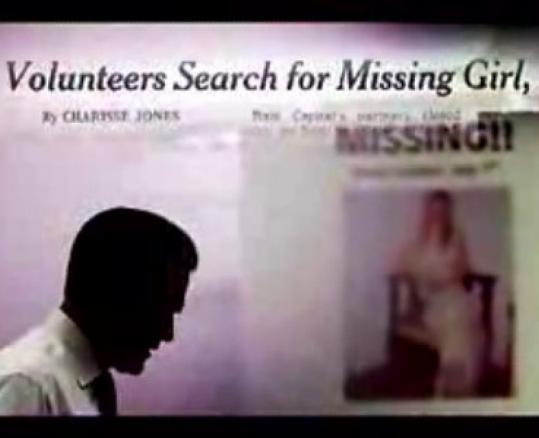 SCRIPT: Robert Gay: "My 14-year-old daughter had disappeared in New York City for three days. No one could find her. My business partner stepped forward to take charge. He closed the company and brought almost all our employees to New York. "He said, 'I don't care how long it takes, we're going to find her.' He set up a command center and searched through the night. The man who helped save my daughter was Mitt Romney. "Mitt's done a lot of things that people say are nearly impossible. But for me, the most important thing he's ever done is to help save my daughter."

IMAGES: Gay speaks directly to the camera as the screen is filled with newspaper headlines about the case and with scary-looking scenes of New York, which just happens to be the home base of rival Rudy Giuliani, who has made his stewardship of the city a linchpin of his case for why voters should pick him.

FACT-CHECKER: Romney's venture capital company, Bain Capital, did virtually shut down as Romney and other executives aided the search. The ad, however, glosses over the circumstances of Melissa's disappearance and how she was found, an ommission that could lead a viewer to infer that Romney might have played a bigger role than he did. According to accounts in the Globe and other media outlets at the time, on July 6, 1996, Melissa Gay left her home in Ridgefield, Conn., without telling her parents. She went to a concert and party on Randalls Island, just off Manhattan in the East River, and sometime during the night took the drug Ecstasy. She was last seen on July 7. The Gays told the Globe that Melissa spent several days on New York's streets after two friends left her at another party at a park in the Bronx. On July 10, Romney and other executives chartered a plane to New York, and by the next day had set up a "war room" and a toll-free number, printed hundreds of fliers, and had nearly 60 Bain employees and dozens of Wall Street colleagues aiding the search. It turned out that an unidentified boy had taken Melissa to his family's home in Montville, N.J., and on the night of July 11 they called police after seeing television reports about the case, ending the search.

ANALYSIS: Romney has aired ads outlining his biography, staking out his positions on issues, and assailing his rivals. This is the first that is purely a testimonial. The spot tugs at voters' emotions, especially when Gay's voice breaks. And it seeks to solidify Romney's image as a can-do leader who cares about family.