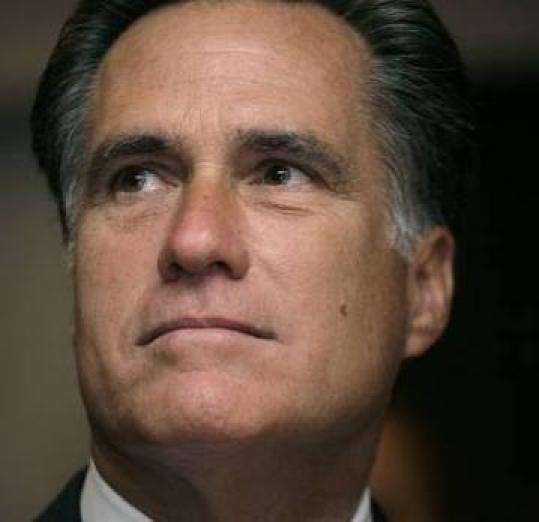 Mitt Romney is repeatedly asserting that Barack Obama has called for sex education in kindergarten, even though the Obama campaign accuses Romney of mischaracterizing Obama's views on the issue.

The dispute began last week, when Obama said in a Planned Parenthood forum that he had been vilified by his 2004 Senate opponent, Alan Keyes, for supposedly supporting sex education for kindergartners because he backed a sex education bill as an Illinois state senator.

"But it's the right thing to do, to provide age-appropriate sex education, science-based sex education in schools," Obama said at last week's forum.

Romney seized on the statement, telling audiences in Colorado, South Carolina, Iowa, and New Hampshire in recent days that Obama had called for sex education in kindergarten. The assertion fit in neatly with new rhetoric Romney had introduced into his stump speech, aimed squarely at social conservatives, about the need to protect children from violent and sexually explicit video games and to adopt tough new sanctions against sex offenders who use the Internet to prey on children.

The room erupted in applause.

Obama spokesman Bill Burton said that the implication of Romney's assertion was "misleading" and that the senator had been clear about his position: Young children need to have access to information that will protect them from sexual predators; communities should determine the curriculum; and parents should be free to have their children opt out.

"I think the only person who is confused in this debate is Mitt Romney," Burton said. "I think everyone else understands what Senator Obama is saying."

Burton said of Romney's attacks: "It's cheap partisan politics, and it's the sort of thing people are sick of and want to change about Washington."

Kevin Madden, a spokesman for Romney, said Romney's assertion is "absolutely not" a mischaracterization of Obama's position.

"The ultimate judge will be the public, and I think it's very clear that they would disagree with Senator Obama's proposal to teach sex ed to kindergartners," he said. "I don't think it's a surprise they're trying to now walk back from that contention, because they received a lot of criticism for it, as they should have."

Asked to specify how and when Obama had called for sex education in kindergarten, Madden pointed to Obama's remark at the Planned Parenthood forum and to the legislation Obama supported in Illinois, which set forth new criteria for sex ed and health classes offered in grades K-12.

Romney's assertions got enough traction that Obama was asked about it in the Democratic debate Monday night. Obama responded by saying Romney himself had held the same position on sex education in 2002. As a candidate for governor that year, Romney had checked a box on a Planned Parenthood questionnaire saying he supported age-appropriate sex education about both abstinence and contraception in public schools.

Yesterday, the Romney campaign said Romney never supported sex education of any kind in kindergarten and also pointed out that, as governor, Romney introduced abstinence education into a number of public schools.

The Romney campaign further asserted that the legislation Obama had backed in Illinois went so far as to call for sexually transmitted disease prevention to be taught in kindergarten. But that bill also called for any sexual education programs offered to handle all topics in an "age and developmentally appropriate" manner, and it also let parents choose to keep their children out of such classes.

The Massachusetts curriculum framework recommends that schools provide comprehensive, age-appropriate health education to public school students in pre-kindergarten through grade 12, including information about human sexuality. The frameworks advise that by the end of fifth grade, children should know basics about their bodies, what to expect during puberty, the difference between an appropriate and an inappropriate touch, and should understand terms for homosexuality, according to Heidi Guarino, a spokeswoman for the state Department of Education.

"Does that mean we're teaching sex ed to preschoolers? That's absolutely not the case," Guarino said. "What we do stress is the use of age-appropriate materials and that questions be answered in an age-appropriate way."

The Romney administration did not try to change the framework, which school districts are free to adopt or ignore, she said.

Romney is seeking to cement himself as the candidate of choice for the party's conservative wing and appears to be increasing the volume of his socially conservative rhetoric. Dante Scala, a political science professor at the University of New Hampshire, said Romney runs little risk of alienating prospective Republican primary supporters by attacking Obama.