Towns urged to plan ahead 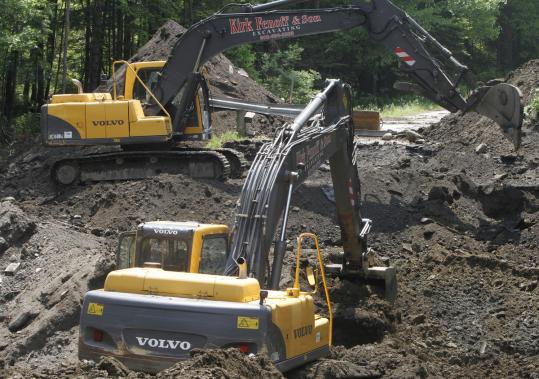 RUTLAND, Vt. — Almost every town in Vermont needs to upgrade at least a portion of its water or sewer infrastructure, and communities should start planning now how to pay for it, said Vermont’s commissioner of the Department of Environmental Conservation.

In Rutland, for example, city officials are considering embarking on a 120-year program to replace 30 miles of water pipes, some of which were installed before the Civil War. And many are becoming clogged with corrosion.

Commissioner David Mears said towns should study their systems to determine how long it will be before the systems have to be replaced and make sure they have the money to pay for it.

“I think it would be unusual to find a town in Vermont that didn’t face some substantial costs in terms of upgrading their drinking water infrastructure,’’ Mears told Vermont Public Radio.

“They should be looking at what’s the age of their pipes, their treatment systems; how long will it be until they need to be replaced or how much longer do these systems have before they absolutely have to be replaced; and build a rate system so that they’ve got the money in the bank when it comes to make these investments,’’ he said.

The process is made more difficult because state and federal grants and loans to help communities pay for basic infrastructure such as water and sewer projects are drying up.

“Those monies are going down; the days of massive construction grants are largely past,’’ Mears said yesterday.

Rutland’s Board of Aldermen is expected to consider this summer spending $50 million to replace the pipes over the next 120 years.

Over the next decade the project could cause a significant increase in water fees.

“Without our infrastructure we’ll just continue to spin our wheels,’’ Louras said. “We need to invest in ourselves so others will want to invest in Rutland.’’