The name’s the same in R.I. 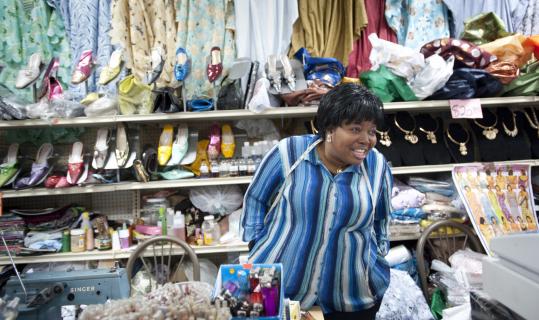 PROVIDENCE — The smallest state in the country has the longest official name, and most voters in the State of Rhode Island and Providence Plantations are just fine with that tongue twister.

By a ratio of nearly 4 to 1, voters opted last week to retain the name enshrined in the colony’s Royal Charter, despite opponents who argued that the centuries-old wording conjures memories of Rhode Island’s major role in the American slave trade.

“It was political correctness taken to the nth extreme,’’ said Jeff Britt, 42, of Warwick, who voted not to amend the state constitution to call Rhode Island simply that. “It was inane on its face.’’

But to supporters, a vote to lop off “Providence Plantations’’ would have helped erase a connotation of slavery and a reminder to minority residents that Rhode Island’s early wealth was rooted in trans-Atlantic trafficking of human beings.

“How can you forget something like that?’’ asked state Senator Harold Metts, a Providence Democrat who cosponsored a bill to put the question on the state ballot. “It’s a great country, a great state. But we need to have more healing.’’

Leslie Shettlesworth, 46, echoed that sentiment while standing on a South Side sidewalk.

But among voters who rejected the amendment, by a tally of 250,162 to 71,030, the crusade smacks of linguistic distortion that ignores the past instead of confronting it.

“If you look at the history of what it means, it means the planting of a community,’’ said Robin Gross, 49, of East Providence, who works at a Wayland Square bookstore here. “I think at some point you have to say that’s the history.’’

In the 17th century, the word plantation commonly referred to a new colonial settlement, without the accompanying image of brutal slave labor that became intertwined with later plantations of the American South.

Indeed, Roger Williams, who founded Providence in 1636, opposed slavery. Sixteen years later, the settlers passed the first law in the American colonies to abolish slavery. By the end of the century, however, enforcement of the ban had lapsed.

Although the full name almost never surfaces in casual conversation, and many people outside Rhode Island do not know it exists, the state seal bears each and every letter in the marble floor under the imposing Capitol rotunda.

“I’m fine with it,’’ Governor Donald Carcieri said last week as he left the State House. “At the time, Providence Plantations had nothing to do with slavery or any of the connotations that it has today. It’s important, I think, to retain the history of the state.’’

While acknowledging the sensitivity of the issue, Britt said he had never heard “a reasonable argument’’ to change the state’s name based on “a word that rightfully had a negative connotation in the 1800s, but didn’t before, and certainly doesn’t mean that now.’’

That view garnered some support among African immigrants and African-Americans interviewed in Providence.

“You can’t change it, you know?,’’ said Comfort Adesuyi, 52, a dress-shop owner who emigrated from Nigeria 30 years ago. “You’re denying history.’’

Nearby, at a South Side barber shop, Damiean Williams, 35, leaned back in a chair and laughed. “It’s not like it’s a Confederate flag or something. Our people need to understand history — right, wrong, or whatever. Leave it in place.’’

Practical considerations influenced Tom Evans, the state librarian, who voted against the measure. Although the referendum’s sponsors said old letterhead and documents could be used as long as they lasted, Evans foresaw a flurry of unwanted dollar signs. “It would be very expensive to change the name.’’

Besides, Evans said, why would the state want to mess with the Royal Charter of 1663, whose sheepskin parchment holds a place of honor on the Capitol’s second floor? The charter, granted under King Charles II, established a long list of rights for the plantations of Providence and Warwick, and the settlements of Portsmouth and Newport on what then was called Rhode Island.

That island, the largest in Narragansett Bay and now called Aquidneck, derived its Colonial name from explorer Giovanni da Verrazano, who wrote in 1524 of its resemblance to the island of Rhodes in the Aegean Sea.

The state’s official name is wordy, Evans said, but it’s a welcome bit of substance for a pint-size place. Besides, the name could have been longer.

Just look at the charter, where the king’s calligraphers curled their fingers to write of “the English colony of Rhode Island and Providence Plantations, in the Narragansett Bay, in New England, in America.’’

Brian Macquarrie can be reached at macquarrie@globe.com