The state of Massachusetts's sea walls

In 2007, Massachusetts commissioned a study of publicly owned sea walls and other coastal-defense structures, grading each on its condition and potential damage to property if it failed. A sea wall can be in poor condition but be a low priority to fix because if it failed, few homes or other infrastructure would be damaged.

Mouse over the coastline to see each structure's condition, priority and estimated repair cost in 2006 dollars. 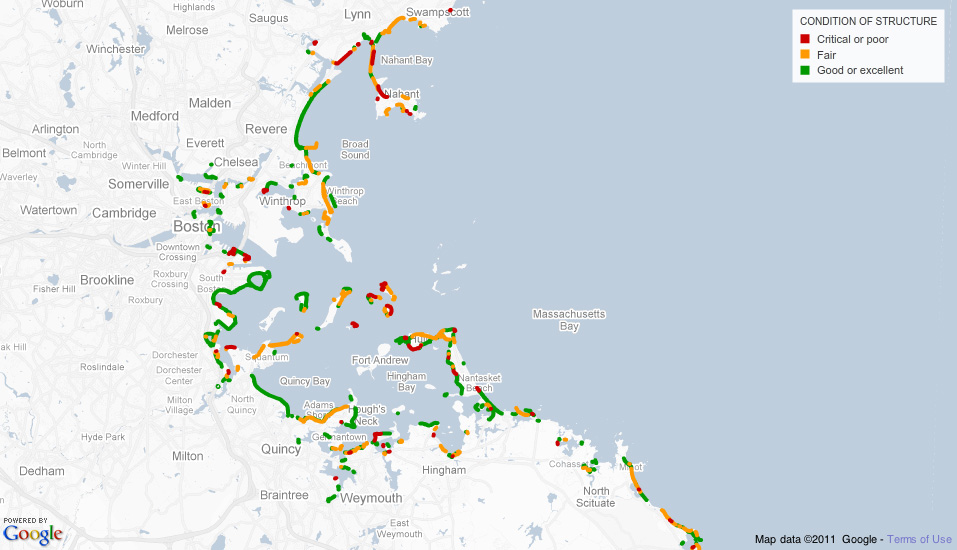 Note: The data shown here is based on the report, issued in 2009, and does not reflect repairs or deterioration since then. Some federally and state-owned structures may not be listed.