Participating in and surviving Occupy Boston 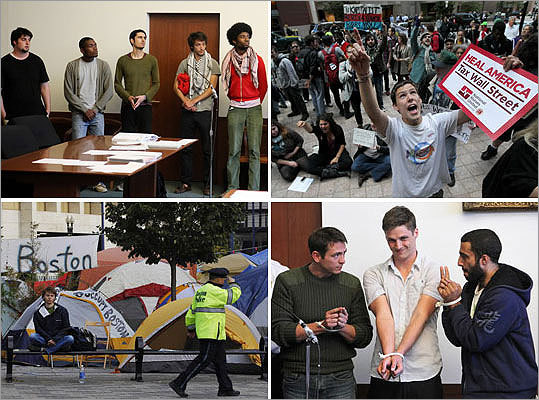 Protesters with Occupy Boston, the city's own group of individuals protesting what they see as corporate greed in America, have claimed Dewey Square as their own. The group is part of a nationwide grass-roots movement in support of the ongoing Wall Street protests in New York.

Relations between police and protesters were amiable in comparison to conflicts at Occupy Wall Street in New York City until organizers tried setting up a second camp at Greenway Park. Recently, authorities arrested 100 protesters.

Take a look at photos that provide a glimpse of the arraignments, protesters' day-to-day living situations, and scenes from the encampment.