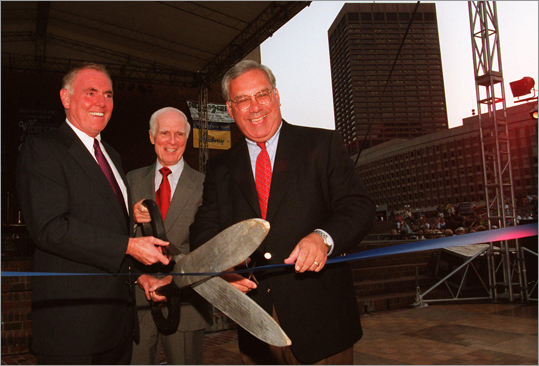 Always possessing a flair for the dramatic, Mr. White had a remarkable ability to command the media’s attention at levels rarely seen since his exit from the public stage. In spring 1983, as the deadline for filing nomination papers approached, the frenzy was especially intense. On the morning of May 26, the Boston Herald broke out its largest type for a front-page headline, “White Will Run.” The newspaper’s star columnist, Peter Lucas who, by prearrangement, interviewed Mr. White by telephone the previous night, wrote the famously wrong three-paragraph story without specifically identifying as his source the mayor he had needled in recent years.

That night, Mr. White announced he would not seek another term. “There will be no ‘Last Hurrah’ for this city,” he declared in a five-minute paid political announcement broadcast on three Boston television stations and nine radio stations.