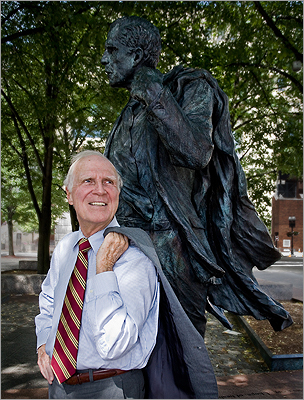 Kevin Hagan White, a colossal political figure who helped transform Boston into a world-class city during 16 years as mayor, died Friday. He was 82 and had been diagnosed with Alzheimer's disease about a decade ago.

Take a look back at the legacy of a legendary figure in Boston politics.

Left: Bill Brett of the Boston Globe took Mayor White's photo in front his statue in Faneuil Hall for a book on Boston in 2008.