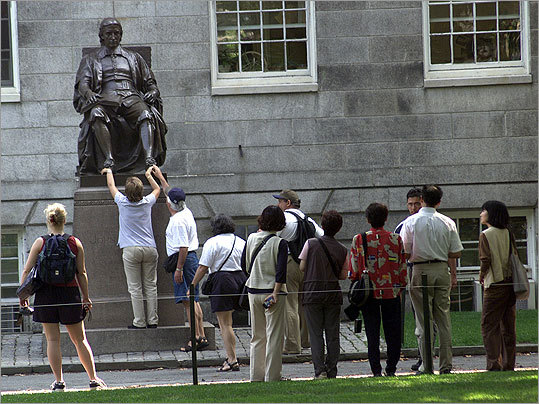 By Jen Ryan, Boston.com correspondent
After President Obama awarded former Boston Celtic Bill Russell a Medal of Freedom, the president also called for a statue in Boston to recognize the legendary center.

If the city chooses to create a statue for Russell, he will join the venerable rank of not only Boston's famous bronzed forefathers, such as John Harvard (left), but also a Norse explorer, Harvard professor, and, yes, a handful of athletes.

Read on to see some of the region's lesser-known and offbeat pieces of public art.