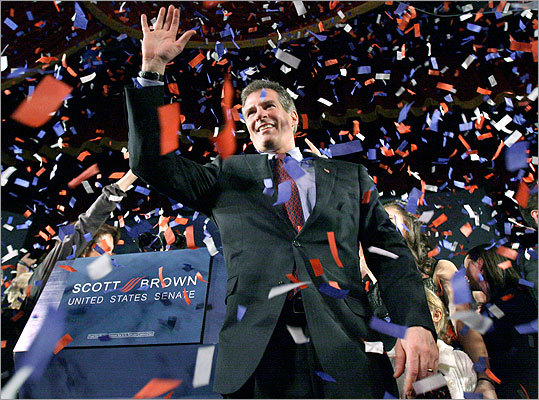 One year ago, Republican Scott Brown shocked the political world by defeating heavily favored Martha Coakley for the US Senate seat once held by Edward M. Kennedy.

The victory catapulted Brown into the national spotlight, transforming him from a little-known state senator to a household name.

During his first year in office, Brown has taken some pivotal votes and stances on major issues, and emerged as a one of the most high-profile politicians in the nation. Read on for a look at Brown's first year.