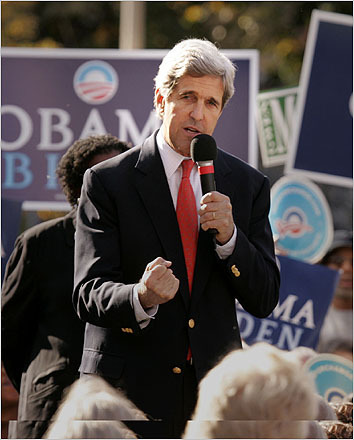 If US Senator John Kerry ends up getting appointed as secretary of state in the administration of President-elect Barack Obama, it would set off a flurry of activity to fill his seat. Under current law, the governor would have to call for a special election 145 to 160 days after the vacancy is created.

The vacancy for Kerry's seat would occur when he submits his letter of resignation, which he could do in January, shortly before being sworn into office. Each party would also have a primary six weeks before the election.
(AP Photo/Milwaukee Journal Sentinel, Rick Wood)