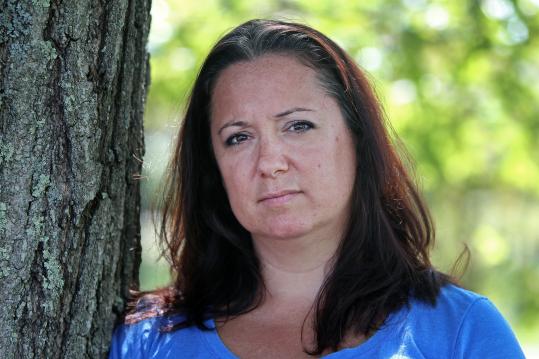 Architects of the pioneering 2006 Massachusetts health law, which required most residents to have insurance, expected it would reduce families’ medical debt. But the most recent data suggest the scope of medical debt has remained largely unchanged.

Temporary lapses in insurance coverage and increasingly common plans with high deductibles and copayments have contributed to medical debt, leaving some people struggling to pay bills for hospitals, doctors, and ambulance companies. Rising health costs and the recession also probably played a role.

Although the law has failed to cut medical debt, some analysts say it may have prevented an increase in Massachusetts.

Of more than 3,000 Massachusetts adults surveyed in fall 2010 — the most recent survey data available — 17.5 percent reported having problems paying medical bills in the previous year. Twenty percent said they were carrying medical debt and paying it over time. Those figures changed slightly from 2006, but researchers said the difference was not statistically significant. The figures are from a report released earlier this year by the Blue Cross Blue Shield of Massachusetts Foundation.

Consumer advocates say the state’s experience points to the need for even stronger patient protections if the national law, the Affordable Care Act, is going to reduce burdensome health debt, as intended.

“The 2006 law didn’t eliminate medical debt by a long shot,” said Matt Selig, executive director of Health Law Advocates in Boston, whose office has worked in recent years with hundreds of Massachusetts residents with medical debt. “It’s an underappreciated problem.”

Among his office’s clients is Amy Torro, a 39-year-old mother of two. After a double mastectomy, surgical complications, and rounds of radiation, doctors have told Torro that her body is clear of the cancer she discovered in December 2008 as a lump in her breast.

Torro has had insurance coverage throughout her treatment. Local foundations and a fund-raiser covered some bills. But deductibles and copayments for visits to specialists and prescription drugs have outpaced her ability to pay, leaving Torro with at least $1,800 in outstanding hospital bills and daily calls from collection agencies.

“It got to the point where it was bread or milk for my family or my cancer meds,” she said. An attorney in Selig’s office is working to negotiate a payment plan with Winchester Hospital, where she was treated.

The 2010 survey did find some change in how much debt people reported, according to additional analysis provided for the Globe by Sharon Long, a senior fellow at the Urban Institute’s Health Policy Center and an author of the Blue Cross report. The portion of people who had unpaid medical bills of between $500 and $1,000 dropped about 40 percent between 2006 and 2010. But there was no statistically significant change in people reporting smaller or larger amounts. Long cautioned that the analysis was based on a small group of people.

Research elsewhere has shown that insurance coverage reduces overall financial strain. In Oregon, 35,000 low-income adults randomly selected to receive Medicaid coverage in 2008 were 25 percent less likely, one year later, to have a medical bill sent for collection than those not selected for the program. (That figure reflects the effect of covering a large group of people who were uninsured, while the Blue Cross study analyzes the overall population in Massachusetts, where a large majority of people had coverage before and after the state law.)

“There’s always going to be some issue of some people having medical spending that stretches their budget,” said Jonathan Gruber, a Massachusetts Institute of Technology health economist who was an author of the Oregon study and former consultant to the Obama administration and Massachusetts lawmakers. “The question is, do you make the number smaller with health care reform? And the answer is, undoubtedly, yes.”

Still, small persistent debts can cause big problems for patients, said Chi Chi Wu, a staff attorney for the National Consumer Law Center in Boston who has focused on issues of medical debt. Bills sent to a collection agency may reflect on a person’s credit report for years, often even after they are paid off, she said.

Although ambulance companies, independent physician practices, and other providers also play a role, hospitals are a significant source of medical debt. The Affordable Care Act includes provisions meant to lessen the chance that people will leave the hospital with bills they cannot pay.

The Internal Revenue Service is taking comments until Sept. 24 on draft rules that require nonprofit hospitals to distribute documents explaining their financial assistance program and talk to patients about available help with bills, in order to maintain tax exemption. They would be prohibited from billing patients who qualify for hospital assistance using “gross charges,” or hospital sticker prices. Most patients are charged a significantly lower rate negotiated by their insurance carrier.

The proposed rules, however, do not set income standards dictating who is eligible for hospital assistance, so it is not clear who would benefit from the limit, said Jessica Curtis, director of the Hospital Accountability Project at Community Catalyst, a national consumer advocacy group.

Despite that, she said, the rules have “struck a pretty fair balance,” giving hospitals flexibility and patients more information. The rules also would require hospitals to wait four months before taking any “extraordinary” collection actions, such as placing a lien on a patient’s home.

Most Massachusetts hospitals have filed documents with the state attorney general’s office stating that they follow best practices for debt collection proposed by that office, including a four-month waiting period. Those practices are voluntary.

Officials with the Massachusetts Hospital Association would not comment on the draft IRS rules, which it had not fully reviewed. Tim Gens, executive vice president, said the state already has “very strong, well-tested” protections for patients, though the group has been talking with Selig’s office about areas where hospitals could do more.

Selig’s office also has been working with Representative Jeffrey Sánchez, a Boston Democrat, on a proposal that would, among other things, require hospitals to do more to notify patients of assistance programs and impose limits on the use of gross charges stricter than those in the federal law.

Neither Sánchez’s proposal nor the Affordable Care Act would fully address a thornier issue for Massachusetts: Low-income people commonly lose insurance for brief periods when they move from one state assistance program to another. Others can get lost in a maze of eligibility requirements.

The state is developing a website meant to streamline the enrollment process. Meanwhile, bills can add up during those gaps in coverage.

Carlos Vazquez, of Springfield, moved his family back to Massachusetts last year after leaving the military. The 27-year-old tried unsuccessfully to get coverage from MassHealth, the state’s Medicaid program, and the unemployment office. He did not learn until late last year that he and his wife could qualify for a subsidized plan through Commonwealth Care.

In December, as the family waited for their plan to take effect on Jan. 1, his wife was rushed by ambulance to a Springfield hospital. Vazquez, who is studying criminal justice at Holyoke Community College and is in the Air Force Reserves, said he has not been able to pay the $1,675 bill.

“The bill is inconvenient, and the fact that we went for so long without health insurance is really inconvenient,” said Vazquez, who now has MassHealth coverage because of a change in the program’s income guidelines. “I wouldn’t want this to happen to other veterans.”