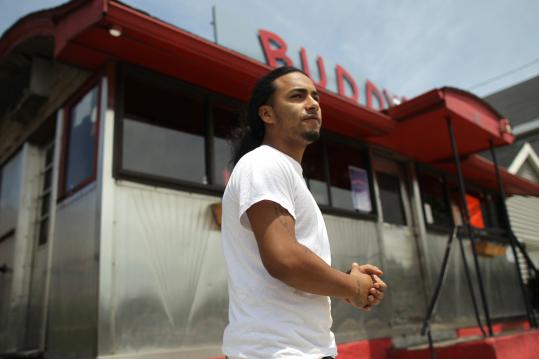 But Thursday, they were contemplating the thought that they may never again tuck into heaping helpings of pancakes, omelettes, hash browns, or other Buddy’s specialities. During the lunch rush Wednesday, the state Department of Revenue shuttered the restaurant for failure to pay more than $24,000 in meals taxes.

“I can’t believe this; Buddy’s is the best place to eat breakfast in all of Somerville,” said William Fuentes, 20, who visited the diner at 113 Washington St. about three times a week.

Dan Bertrand, spokesman for the Department of Revenue, said the state seized Buddy’s as a last resort after years of requests for payment and a seizure process that took months during which numerous notifications were sent to the ownership about the pending action.

Fuentes, who was told about the seizure early Thursday in a phone call from a friend, had to see it with his own eyes, so he visited the diner hours later. He shook his head as he walked up to the large neon-orange sign in the window with the word “seized” in big bold letters.

During the day, dozens of other fiercely loyal customers simply stood in front of the small rectangular lunch car made of wood and wrapped in stainless steel.

Not every customer thought the fare to be delectable, but even those patrons said that Buddy’s has a special place in this city, dishing up nostalgia and a sense of belonging along with comfort food.

“This is all a shock to me,” said Gavin Hourihan, 39, of Somerville. “I’ve been coming here for a couple of years now, and they didn’t mention they were having any problems.”

Buddy’s has operated cash-only. Hourihan wondered Thursday whether that may have played a role in the tax problems.

The diner was first located in Leominster, but was moved to East Somerville in 1951. The inside includes 18 barstools, nine of which face the grill. The other barstools overlook Washington Street and the Cobble Hill Center, a small strip mall on the other side of the street.

Several longtime customers said overall business had seemed to dip in recent years, along with the owner’s visits to the diner. On weekends, though, the bustling breakfast crowd often formed a line down the stairs and along the sidewalk, they said.

The Department of Revenue lists the owner as Nicole Bairos of Somerville. She could not be reached for comment Thursday.

A spokesman for the city said Buddy’s was warned once for a health code violation in January. The problem was quickly corrected.

Larry Cultrera has documented diners across the United States for more than 30 years, and wrote the book “Classic Diners of Massachusetts,” which featured Buddy’s, among other restaurants.

“It’s sad that things have gone this route,” Cultrera said in a phone interview. “I know that a lot of people are shocked by this. When Nicole bought it back some six or seven years ago, it was her dream.’’

Wayne Melanson, 31, of ­Everett, stopped by Thursday for lunch, only to be disappointed.

“Buddy’s was the type of place you could sit down, eat a lot of food, and feel comfortable chatting with strangers, but now that’s gone,” Melanson said.