THIS STORY HAS BEEN FORMATTED FOR EASY PRINTING
Newton 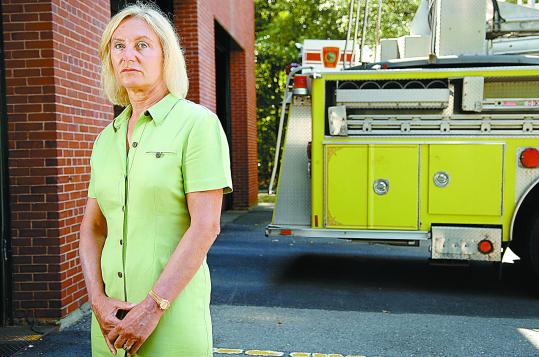 A Newton economic development advisory group is pushing for a moratorium on new banks in the city, saying that they crowd out other merchants and drain the energy from villages at night.

The Economic Development Commission has proposed that for one year, banks would have to obtain a special permit to open on the ground floor of business districts. Banks usually are able to move into storefronts in commercial areas without special permits.

“This is a very reluctant move,” said Christopher Steele, the commission’s chairman. “The thought was we have reached a critical, urgent point with the amount of space going into banking.”

Newton is among a growing number of communities, including Belmont and Concord, that in recent years have objected to the increase in the number of bank branches that have replaced downtown shops and restaurants.

There are at least 31 bank offices in Newton, according to federal records, with several clustered around Newton Centre.

The commission’s proposal, which has been docketed but not scheduled for debate by aldermen, has drawn mixed reviews.

Mayor Setti Warren said he opposes the proposal, although he understands the concern over one type of business dominating the city’s villages. Newton should instead focus on marketing the villages and recruiting new businesses, he said.

“I don’t believe, at this point, it’s a necessary step,” Warren said of the moratorium. “But I welcome a discussion on it.”

But Alderwoman Victoria Danberg, who last year recommended zoning changes to encourage a more diverse mix of uses in Newton’s villages, is supportive. She said that temporarily requiring a special permit would give officials time to consider zoning and parking bylaw changes that would make it easier for restaurants and other businesses to open.

“It’s an opportunity to take a deep breath and think: What do we want now?” Danberg said. “It will do no harm. But I think it will do good.”

Banks and other financial institutions have mushroomed in affluent communities, where they are trying to draw customers with high-visibility offices.

But that has drawn the ire of some residents, who are fighting new bank branches with the same passion that many fought big box stores more than a decade ago. Critics say that financial institutions are often closed on weekends and at night, and discourage the foot traffic that helps local businesses feed off each other.

Earlier this year, residents of Boston’s Beacon Hill section gathered more than 1,300 signatures to protest Capital One Bank’s proposal to replace a convenience store on Charles Street. The bank withdrew its application to rezone the property in late February.

Several years ago in Concord, residents successfully opposed a Citibank branch in the center of town. Last year, Concord adopted regulations that limit the number of chain businesses, from banks to fast-food restaurants, setting up shop in the West Concord retail district, said Marcia Rasmussen, the town’s planning director.

In 2008, Belmont officials proposed a zoning change that would have required financial institutions to apply for a special permit before moving into a space. The proposal was defeated at Town Meeting.

Bruce Spitzer, a spokesman for the Massachusetts Bankers Association, said banks are being unfairly targeted.

Communities have lofty goals of bringing back bakers and hardware stores to downtown storefronts, Spitzer said, but residents drive to Home Depot and Walmart to shop for tools and everyday appliances, and they buy their bread from the Stop & Shop bakery.

“Other businesses aren’t going to move in anytime soon,” Spitzer said. “Some of them are gone forever, usually it’s because it’s been replaced by big boxes.”

The bank branches take up empty spaces and open at locations because the customers are there, Spitzer said.

In Newton, opinions about the number of banks vary.

Hal Abelson, a Newton Centre resident, said in recent years his village has gained bank branches but lost the butcher and grocer.

“Suddenly you notice nice fun places that a family would want to go to for the services, that they’re suddenly not there,” Abelson said.

In Newton Highlands, where a Bank of America branch is closing later this summer, some residents wouldn’t mind seeing another bank replace it, said Srdjan Nedeljkovic, president of the Newton Highlands Area Council.

Still, Nedeljkovic said, the city needs to consider zoning changes, such as easing parking requirements, to revitalize its villages and draw more retailers and restaurants.

“There’s a feeling that there has been a drop-off of activity in the village center,” Nedeljkovic said.

The Economic Development Commission is hoping to spur a conversation with its bank moratorium proposal, Steele said.

The panel wanted to “put something out there to start the dialogue,” he said.

Deirdre Fernandes can be reached at deirdre.fernandes@globe.com.