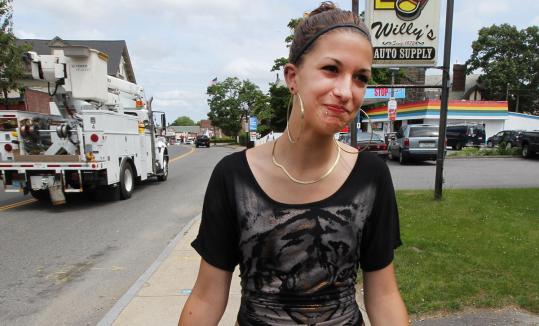 MIDDLEBOROUGH - On the first morning that swearing in public became a civil offense in Middleborough, Corey Mills said he heard more swears than he has ever heard in his life. He was answering the telephone at the police station, where he is a sergeant.

This is a small town, but the calls were coming from far and wide, for the previous night at its annual town meeting, the residents had overwhelmingly voted to give police the opportunity to hand out $20 tickets for using profanity in public. One angry veteran came into the station to argue that he had fought to defend his right to swear; he had to be shown the door.

On the recommendation of the police chief, who was looking for a set of tools to cope with crowds of unruly teenagers who gathered downtown at night, the citizens of Middleborough voted 183-50 to decriminalize a bylaw against profanity in public. The law had been on the books since 1968 but not used in years because it wasn’t considered worth prosecuting. Decriminalizing effectively revived the law, giving police power to hand out $20 tickets without worrying about bringing a criminal case to court.

It was a fair question, and one whose answer, according to freedom of speech specialists, is probably no.

David Hudson, a scholar at the First Amendment Center, said he expects the constitutionality of the ordinance will be challenged, and that the law will be invalidated.

“Profanity is protected unless it is fighting words, true threats, or incitement to eminent lawless action. Those are narrow definitions,’’ he said. Otherwise, “one man’s vulgarity is another man’s lyric.’’

Hudson said anti-profanity laws are common around the country but that most were enacted decades ago and now are rarely, if ever, enforced.

Middleborough police say they are fully expecting a challenge to the law - but that in the meantime it will be enforced.

Many of the youths on Centre Street asked just that: What is inappropriate? George Carlin had his famous seven dirty words, but the old measures - Would you say that to your mother? Can you say it on TV? - no longer work. Several words were the subject of much debate among the kids. The language in the profanity bylaw leaves much of it up to the discretion of the ticketing officer.

At a Cumberland Farms that has been mentioned again and again as a place where some mouths need to be rinsed with soap, Robert Guthrie, 62, said the law crosses “the fine line of independence.’’ But he said he had voted for it just the same, because it was a town where the youths didn’t have a lot of places to go, and got very boisterous. The law gives police an opportunity to send a signal to such crowds without taking more drastic action, like arrests.

Judy Croken said she has worked at the convenience store for 14 years and been called things “that I knew existed but I’d never heard vocalized.’’

“You hear it from kids in their 20s down to little kids so small you’re horrified listening to them,’’ she said.

“Do they think this is going to stop us from swearing?’’ 19-year-old Arianna Menissian asked. “I think it would take me a couple hundred dollars.’’

She and her friends were planning to ask a police officer to name the words they weren’t allowed to say.

Many of the teens said that bicycle police were already following them when they were downtown. “I just moved here from Raynham, and I hate it,’’ said 16-year-old Betsy Hathaway. “They stalk us.’’

Just then, a 21-year-old man with dreadlocks named Jeremy Haber pulled up in a beat-up Mazda Miata convertible. He had another question.