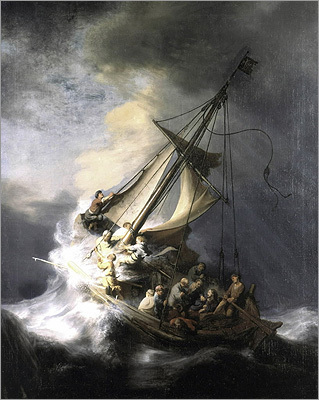 Federal officials investigating the 1990 Gardner Museum heist plan to launch a public awareness campaign similar to the one that led to last year’s arrest of James “Whitey’’ Bulger, in the latest sign that officials have sharpened their probe into the notorious theft, according to the US attorney’s office.

The plan comes amid stepped-up activity in the investigation: A grand jury has been activated and two houses have been searched within the past eight months.

The intensification of the investigation is apparently tied to the late Robert Guarente, a Mafia figure who has ties to the owners of the two houses and who has been a focus of the grand jury, according to police and FBI reports, and court records. Guarente’s home was also searched in 2009.

Officials are still finalizing plans for the public awareness campaign, but say it could go international and could, like the Bulger campaign, use billboards and television advertisements.

The campaign would reintroduce the public to the 13 stolen masterworks - including works by Rembrandt, Vermeer, Degas, and Manet - and try to solicit information concerning their whereabouts, officials said. The stolen art has been valued at as high as $500 million, and the heist is considered the biggest museum theft in history.

“We have made it clear that we will be zealous and chase any leads,’’ US Attorney Carmen M. Ortiz said in an interview last week.

She said she could not discuss the nascent campaign in detail, but described it as part of “a very vibrant, ongoing investigation. It isn’t sitting on a shelf, that’s for sure.’’

Ortiz has said that the Gardner theft has become a priority of the FBI and her two-year-old administration, particularly since the capture last year of Bulger, the South Boston gangster.

Around the 20th anniversary of the heist in 2010, a second assistant United States attorney, Robert Fisher, was assigned to work alongside Brian Kelly, the head of the Boston US attorney’s public corruption unit, who has overseen the investigation for several years. Kelly and Fisher collaborate with the FBI and with Anthony Amore, the museum’s investigator and its head of security.

Investigators also continue to offer the possibility of immunity from criminal prosecution for any information about the paintings, and the museum has offered a $5 million reward for the recovery of the paintings in good condition.

Museum officials would not comment for this article. But Amore sounded optimistic recently at a lecture at the Plymouth Public Library when he said he believed the works will be found.

“It’s still like trying to find a needle in the haystack, but the haystack keeps getting smaller with each lead that gets investigated,’’ he said.

Over the past 22 years, the investigation into the heist has yielded little more than additional leads and speculation, but the recent searches have been at the houses of two men who knew Guarente, who was associated with Dorchester crime boss Carmello Merlino, one of the original suspects.

Guarente, a Mafia figure who died in 2004 at age 65, apparently had ties to everyone publicly identified as a person of interest in the heist, according to court records, FBI reports, and State Police documents.

“He knew everybody,’’ said one person with knowledge of the investigation, who asked for anonymity because the person was not authorized to speak publicly. “He knew all of these characters who just keep coming up.’’

Within the past year, the FBI has searched the homes of Anthony Carlo, a 62-year-old ex-convict living in Worcester who has a history of art theft, and Robert Gentile, an ailing reputed gangster who was living in Manchester, Conn.

In last week’s interview, Ortiz would not talk about specifics of the investigation, but said investigators are looking at new angles and taking new approaches, such as the ad campaign.

As she spoke about the case, Ortiz recalled seeing empty frames in the museum’s Dutch Room, where two priceless Rembrandts and a Vermeer used to hang. She said she thought, “It’s just like they were waiting for something to come home, like there was a vacuum there.’’

“It would be nice to put them back there,’’ she said.

The theft occurred in the early morning of March 18, 1990. Two men posing as police officers conned their way into the museum by telling the two security guards that they were responding to a report of a disturbance. The guards, who violated protocol by letting the officers in, were bound with duct tape. The thieves then spent 81 minutes taking the 13 masterworks.

None of the artworks have been recovered, though authorities in the late 1990s focused on Merlino, the owner of TRC Auto Electric, a car repair shop in Dorchester, and some of his associates.

A federal informant told authorities at the time that Merlino was going to try to negotiate the return of the artworks and FBI agents discussed a return with him directly. He never led authorities to the paintings, however.

Not long after that, Merlino and three underlings - including established criminals David Turner and Stephen Rossetti - were arrested for plotting to rob an armored car depot in Easton. They were sentenced to decades-long prison sentences. Merlino was still in prison in 2005 when he died at age 71.

All three argued that they were set up by an informant and that authorities were using the case as leverage to glean information about the Gardner heist. And all three have connections to Guarente, who is Rossetti’s uncle.

Rossetti said last year in court records seeking a new trial that authorities investigating the Gardner heist targeted him because they were interested in Guarente.

Rossetti and Turner have long denied having any knowledge of the paintings. Their lawyers have said the possibility of a lesser jail sentence, and the reward, would be a strong enough incentive for them to cooperate if they did have information.

Guarente, who has a criminal history dating back to the 1960s, was also connected to local Mafia figures Francis “Cadillac Frank’’ Salemme, and Robert Luisi Jr. who had ties to the Philadelphia Mafia.

Guarente, according to the person familiar with the investigation, had ties to others whose names have been mentioned as persons of interest in the Gardner probe: He was friends with George Reissfelder, who died of a cocaine overdose not long after the robbery and who frequented Merlino’s shop; Guarente knew Robert Donati, one of the first potential suspects named.

More recently, in October, authorities searched the Worcester home of Carlo, whom Guarente associated with through Merlino’s crew.

Investigators apparently found nothing conclusive in that search or in the search of Guarente’s home in 2009, but his widow, Elene, confirmed to the Globe that she told investigators that her husband gave a painting to Gentile.

Elene Guarente has given conflicting accounts of what she told authorities, and she has told the Globe that the painting she discussed with authorities does not appear to be one of those stolen from the Gardner.

Gentile, 75, faces drug charges in federal court in Connecticut, and the application for the search warrant was related to that case.

But his lawyer, Ryan McGuigan, has maintained that the drug charges are a ruse, that investigators are using the case to pressure his client for information about the Gardner thefts.

Martin Leppo, a lawyer who has represented Connor, Merlino, and Turner, also confirmed that one of his clients was asked last July to testify before a grand jury investigating the heist.

Leppo was able to have the subpoena quashed, but the client agreed to meet with investigators, including Kelly.

And, according to Leppo, Kelly asked about the list of people tied to the heist: Merlino, Turner, Rossetti, Reisfelder - and Guarente.