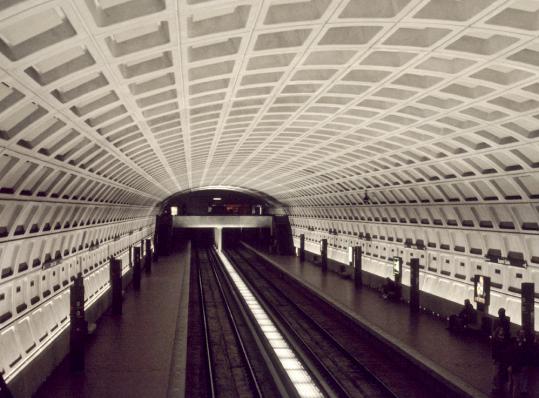 The way light falls on the curves and planes of an architect’s finished product is as important as any other part of the design, William Lam believed.

“Light has always been recognized as one of the most powerful form-givers available to the designer,’’ he told the Globe in 1985. “Great architects have always understood its importance as the principal medium which puts man in touch with his environment.’’

More than 50 years ago, when most architects turned over to engineers the task of illuminating buildings and rooms, Mr. Lam pioneered the field of lighting design. An architect himself, he stressed that designers should integrate lighting into how they wanted their work to look.

“Ceilings should glow, walls should glow,’’ said Paul Zaferiou, a principal at Lam Partners of Cambridge, the firm Mr. Lam started. “And when you want a beautiful lighting fixture, you design it with the building.’’

Mr. Lam, who was named a living legend by Architectural Lighting magazine when it inducted him into its hall of fame in 2001, died of heart failure April 6 in his Cambridge home. He was 87 and had long suffered heart ailments.

“I think that I’ve helped to lay the foundation for my profession, and that’s a good feeling,’’ he told Architectural Lighting in 2001.

Stressing the importance of indirect lighting in projects ranging from the Washington Metro to classrooms, Mr. Lam showed how to mute the presence of lamp fixtures and instead celebrate architecture.

“His influence on the field has been enormous,’’ said Keith Yancey, also a principal at Lam Partners.

When Mr. Lam started his practice decades ago, he “was probably the only person with an architecture education who went into architectural lighting design,’’ Yancey said.

Recognizing that architecture was primarily a visual experience, Mr. Lam believed that “if the lighting was wrong, the experience of the architectural space was wrong,’’ Yancey added. “I think that was quite groundbreaking at the time.’’

Blazing trails in lighting design wasn’t easy, and Mr. Lam could be blunt.

“Some architects didn’t want to work with him because he was outspoken,’’ said his wife, Dianne.

Around the office, Zaferiou said, colleagues joked that “Bill would never need a psychiatrist because he tells everyone what he thinks.’’

As an example, Boston’s city government used donated money in 1987 to install better lighting for places on the Common, in the Public Garden, and to illuminate certain buildings.

“Fortunately, it’s the historic buildings that are getting the attention,’’ Mr. Lam told the Globe. “The new ones really aren’t worth the effort.’’

What was worth the effort, however, was teamwork among architects and designers, builders and engineers.

“He forced their hand and said, ‘Look, get all of the decision-makers in the room at once so we can come up with this beautiful project,’ ’’ Yancey said. “He didn’t like to take no for an answer. He would fight tooth and nail for the benefit of the project and was genuinely interested in making every project he worked on the best that it could be.’’

Born in Honolulu, William Ming Cheong Lam was the second of four siblings whose father was a physician.

Mr. Lam graduated in 1941 from the Punahou School in Honolulu and went to the Massachusetts Institute of Technology.

“He always was very visual,’’ his wife said. “He took mechanical drawing in high school and his teacher said, ‘Gee, you should go to MIT.’ So he did.’’

As World War II escalated, Mr. Lam left college to serve in the Army Air Corps as a copilot flying B-25s. He was stationed in the Pacific theater.

“Even there, where they lived in tents, before anybody knew it he scrounged lumber and made a floor and fixed the whole place up,’’ his wife said. “It was all mud, and he couldn’t stand not being in a nice environment.’’

Returning to Cambridge, he graduated in 1949 from MIT with a bachelor’s in architecture.

In his early years after college, Mr. Lam began designing and manufacturing lighting fixtures and furniture and launched Lam Inc. of Wakefield.

In 1953, he married Dianne Jones, whom he had met through friends when she was taking a graduate course at MIT. He asked her out for martinis on a Friday evening.

By 1959, he wanted to return to architecture and started William Lam Associates to consult with architects on lighting design.

Through articles, books, and work on more than 2,000 projects around the world, he promoted his approach to integrating lighting into architectural design and wresting control of the process from technicians.

“ ‘Lighting by design, not by engineering,’ was his mantra,’’ Yancey said.

Among the projects Mr. Lam worked on were the Tennessee Valley Authority Headquarters complex, Canadian government centers in Quebec and Vancouver, and the Union Station restoration in Washington, D.C.

Mr. Lam preferred going on the road from project site to project site, rather than offering opinions from the confines of his office.

“He was brilliant, a very smart man,’’ Yancey said. “He could run a business, but that wasn’t his passion. When he was in the office, he got antsy.’’

In addition to his wife, Mr. Lam leaves two sons, John of Windsor, Conn., and Kwai of Santa Cruz, Calif.; a brother, Fred Jr. of Honolulu; a sister, Genevieve Fraiman of Charlottesville, Va.; and a granddaughter.

A memorial celebration of his life and career will be held at 2 p.m. May 14 in the MIT Chapel in Cambridge.

Mr. Lam kept a solo practice after turning over his firm to younger colleagues, who changed the name to Lam Partners.

“Bill needed a good design challenge like a bone to chew on to keep him busy and happy and productive,’’ Zaferiou said.

If Mr. Lam didn’t have a project in the works, Zaferiou added, “he was like Sherlock Holmes without a case to work on.’’