THIS STORY HAS BEEN FORMATTED FOR EASY PRINTING
HOPKINTON 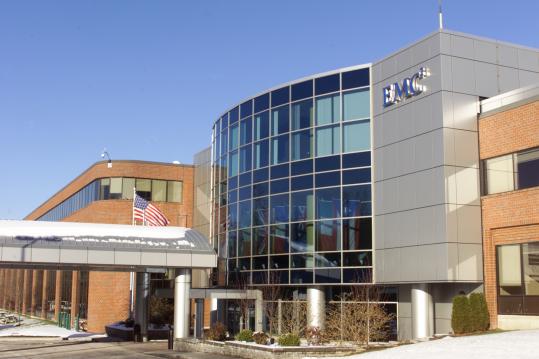 Hopkinton residents will vote next week whether to rezone land near Lake Maspenock to allow EMC Corp. to build an approximately 700-space parking lot next to its corporate headquarters.

The chairman of the Hopkinton Planning Board sees the decision before the annual Town Meeting as, simply, “jobs versus the environment.”

“It basically comes down to whether the town wants to help create jobs or preserve a piece of land,” Ken Weismantel said.

At a public hearing last month, neighborhood residents spoke out against the additional traffic, light, runoff, and future growth they said could result from rezoning the 14.2 acres off Old Town Road and South Street from agricultural to industrial use.

“It’s just not the right thing to do,” said Malcolm Page, who lives near the pond and is president of the Lake Maspenock Preservation Association. “The bottom line is we really don’t want anything being built there. . . . Once you ruin the site and view, it’s gone forever.”

A two-thirds majority is needed to approve the zoning change at the annual Town Meeting, which begins Monday.

Neighbors have objected that the rezoning could open the door to construction of anything allowed in an industrial zone, and that the lighting necessary for parking lot safety would blight the pond’s atmosphere.

EMC, which makes data storage systems for big businesses and governments, will make the case that additional parking is “a necessary first step in planning for the future,” according to company spokeswoman Lesley Ogrodnick.

The parcel EMC wants rezoned is a small piece of 112 acres of woods the company owns that runs from its headquarters to the Lake Maspenock shorefront.

“When EMC purchased the parcel, our intent was to balance between future use for existing operations and land preservation,” she wrote in an e-mail.

“The zoning request is for the minimum space needed for additional parking to support our future growth, leaving the rest of the property unchanged.”

Ogrodnick would not specify exactly when the parking lot would be built, or whether it was being planned because of additional jobs coming to town.

“We don’t disclose our hiring plans,” she said.

“In order to plan for the future, we have to know that leveraging the land for parking is an option,” she said.

But Weismantel sees jobs as the key.

“They don’t need another parking lot if they’re not bringing people in,” he said. “This could mean 700 high-paying jobs coming to Hopkinton.”

The Planning Board voted to support the zoning change as long as a deed restriction is included that would limit the height of what could be built on the parcel.

Without the restriction, a change to industrial zoning would allow construction of a four-story building, according to Weismantel.

“The restrictions are still being finalized, but the idea was actually suggested by EMC during planning board review to address concerns from neighbors,” Ogrodnick wrote.

The neighbors are skeptical.

“There is no guarantee that EMC will own that land forever,” Page said, questioning whether the restriction would carry over to a new owner.

He also questions the benefit of new jobs to Hopkinton.

“Just bringing more people into the area to commute in and out doesn’t expand the town’s tax base,” he said. “There are no monetary quantifications. . . . I don’t buy it.”

Page said even with a restriction to prevent construction of a building that could be seen from the lake, the lights needed for the parking lot are a problem for neighbors.

“When you’re boating on the lake in the evening and you look up and see the industrial lights, it would ruin the whole atmosphere of the lake,” he said.