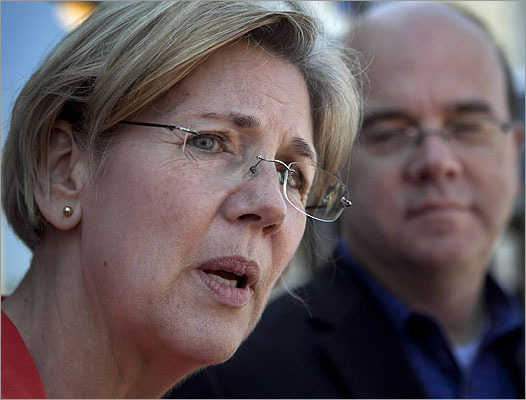 US Senate candidate Elizabeth Warren - who said Friday she didn’t realize Harvard Law School had been promoting her as a Native American faculty member in the 1990s - was listed as a minority professor in American law school directories for nine years before she landed at Harvard, documents show.

The Association of American Law Schools desk book, a directory of law professors from participating schools, includes Warren among the minority law professors listed, beginning in 1986 and continuing through 1995. The years include time she spent teaching at the University of Texas and the University of Pennsylvania, before she joined the faculty at Harvard Law.

The listings were based on professors reporting that they were members of a minority group, the directory says.

Warren’s campaign did not dispute the listings on Sunday, but a spokeswoman reiterated that she did not use minority status to advantage when she was hired at Harvard University.

“The simple fact is that Elizabeth is proud of her heritage,’’ spokeswoman Alethea Harney said in a statement Sunday night.

Harney noted that Harvard Law professor Charles Fried, who played a key role in recruiting Warren to Harvard, told the Globe Friday that her background did not come up when he recommended her.

“The fact that she listed her heritage in some professional directories more than 15 years ago does not change those facts,’’ Harney said.

“It’s clear that Scott Brown is desperate to find anything to change the subject from his votes to protect Wall Street and big oil companies,’’ Harney said.

Warren’s unexpected minority status sparked controversy last week, when the Boston Herald reported that the school had named her a minority professor in the 1990s at a time when the campus was facing criticism about preponderance of white men on the faculty.

In a 1996 article, the Harvard Crimson quoted a Harvard Law School spokesman saying that the faculty of 71 included one Native American - Warren - in addition to a few black and Hispanic professors and 11 women.

The claim was repeated in a later Crimson story that called Warren the first woman with a minority background to receive tenure.

Warren, a Democrat who is challenging US Senator Scott Brown, does have Native American blood, her campaign said Friday.

But when asked about it Friday, she told reporters that she did not know Harvard was promoting her as a minority professor.

“That Warren allowed Harvard to hold her up as an example of their commitment to diversity in the hiring of historically disadvantaged communities is an insult to all Americans who have suffered real discrimination and mistreatment, and Warren should apologize for participating in this hypocritical sham,’’ Barnett said on Friday.

But Warren’s spokesman said on Friday that the candidate had no plans to apologize and Warren told reporters that she did not recall using her heritage to claim a minority status.

“I believe that I was recruited at Harvard because I’m a good teacher, and recruited for my other jobs because I do good work,’’ she said.

The Association of American Law Schools is a nonprofit education association that represents 10,000 faculty members and 176 law schools, according to its website.

The association’s directory is used as a “desk book’’ by deans and law professors, and information is provided by deans or by the faculty members themselves.

“Data in the directory is based entirely on the information supplied to us by law school deans and individual teachers on computer-generated questionnaires,’’ says the introduction to the 1986-87 book, portions of which were reviewed by the Globe.

Dean’s offices provided their lists of professors; those who had not previously provided a biographical sketch were asked to complete a new faculty questionnaire.

As for their minority status, the director states, it includes “those legal educators who stated they were members of a minority group.’’