BU open with students, parents about wave of trouble 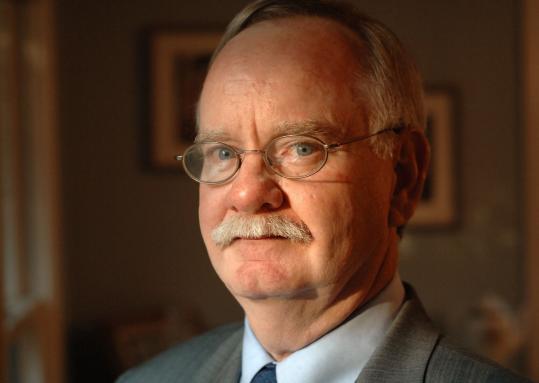 For Boston University, it has been an awful four months: The college has seen an undergraduate badly injured in a fire, the arrest of two hockey players on sexual assault charges, two episodes of what appeared to be extreme hazing, and a student practical joke gone so badly awry it drew international media attention.

Last week, in by far the most serious and troubling event, a graduate student was slain off campus.

But even as BU courts the 19,589 high school seniors it has admitted for next year - who must decide whether to attend by Tuesday - the university is not downplaying the bad news. In fact, president Robert Brown is making sure parents know about recent events.

“We want to make sure they’re getting the facts accurately,’’ Brown said Thursday in an interview, his first extensive comments on the string of incidents. “You know, I’m a scientist. The facts are what they are.’’

After Kanagala Seshadri Rao was found shot to death on an Allston street on April 19, Brown went so far as to write to all the parents of admitted students to tell them about the killing - even though they might otherwise never have heard about it. Such things do happen at large urban schools, he told them.

The university also faced an awkward dilemma the day after Rao’s slaying: 1,000 admitted students were descending on campus for open houses.

Kenn Elmore, the dean of students, stood in front of the groups and said hello. Then, like Brown, he brought up Rao’s death before anyone could ask about it.

“It would be unusual for us after such a terrible incident to not even acknowledge it,’’ Elmore said. “I wanted them to see that it does affect the community, to give them a sense of who we are.’’

Even BU’s website has prominently featured straightforward stories about every negative incident on campus this semester.

It is an approach that differs strikingly from crisis management tactics at many other universities.

“There used to be a sense that things should be hushed up or talked about quietly, a kind of institutional arrogance, like, ‘We don’t need to talk to our people,’ ’’ said Stephen Burgay, vice president for marketing and communications. “It’s not like that anymore.’’

If the response to Brown’s letter-writing campaign is a reliable indication, the strategy seems to be working. A few parents wrote back to BU. While some said they would rethink sending their children to the school, most of the responses were positive, said Burgay, and “the rest were just writing to complain about their financial aid award.’’

Students at the university seem to feel approximately the same way: disturbed by the bad news, but not worried that it says much about the sprawling, diverse university at large.

Several said Rao’s killed had prompted them to be more careful when they are out at night. “It really freaked us out,’’ said Merry Zou, a freshman.

But the other events, such as the sexual assaults and hazing reports, had not affected them. “We don’t do that sort of thing,’’ Zou said. “Most people I know in frats and sororities say they don’t have hazing.’’

Even the parents of one high school junior touring the campus Thursday seemed almost blasé about the headline-grabbing events.

“I did hear about the murder, but it didn’t change my perspective. This is a big city, and you don’t send your kids to an urban university unless you think they can handle that,’’ said the woman, who declined to give her name lest that affect her daughter’s chance of admission down the line. “Besides, college acceptance has become so competitive that at this point you might be willing to turn a blind eye toward some things.’’

One student, Kevin Wang, did say he felt the campus was being hounded by the news media.

Last week, several papers in India floated a theory that the graduate student’s killing was a hate crime, an idea BU administrators took pains to dispel. And on Wednesday, Boston’s station WCBV-TV wondered in an editorial whether the string of bad news signaled “a wider ‘campus culture’ gone astray.’’

Wang wasn’t having that.

“If anything,’’ Wang wrote over Twitter, where he has actively promoted the university all semester, “I’m proud to see BU students united, resilient, and eager to prove the media wrong.’’

Brown said he wasn’t surprised if students were not especially consumed with the bad news. “These issues have been very serious, but none of them have been at the core of the student experience,’’ he said.

The university recently held two public meetings to address concerns about its hockey culture, an issue to which it has devoted a special task force.

But “by the time we held the meetings, the energy in the student body was already out of it,’’ Brown said. “The task force actually may have outnumbered the students who showed up.’’

The only people at BU who seemed terribly worn down by all the news were the administrators themselves, who have diverted their attention from planned projects all semester. “There’s wear and tear on some of our leadership,’’ said Brown.

For his part, said Elmore, who was on his way to a hectic day of meetings, “I’ve been here for 25 years and I’ve never had to deal with anything like this.’’