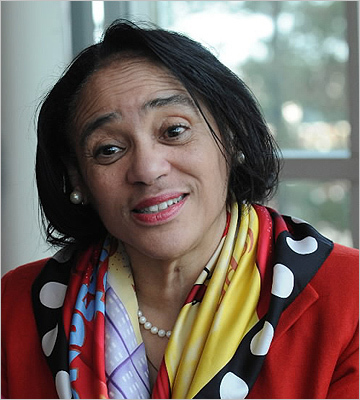 The Boston public system is facing a ballooning backlog in its review of special education plans, federally mandated each year for thousands of students, prompting officials to propose one-time bonuses to staffers to get the job done.

As of Friday, teams of teachers, administrators, and therapists had missed deadlines in meeting with parents of 2,918 students, according to School Department data obtained by the Globe.

The backlog, which represents more than a quarter of the 10,000 students enrolled in special education in Boston, has swelled by more than 600 cases since early February. The number could rise because advocates say the anniversary dates of many special education plans occur in the spring.

“The number is staggering,’’ said Rich Robison, executive director of the Federation of Children With Special Needs, a Boston-based nonprofit advocacy organization, which had never heard of a school department implementing a bonus program to remedy a backlog. “It sounds like an oddity all the way around.’’

The meeting with parents is a critical part of the annual reviews, during which determinations are made on whether students are reaching their progress goals. If a student is floundering, then the school and the parents can mutually decide whether to increase services.

The reviews can also lead to eliminating parts of the educational plan. Boston in recent years has been using the opportunities to execute some budget cuts, such as eliminating bus stops at the front door of a student’s home, if the school and parents agree the student can walk to the neighborhood bus stop used by other students.

The backlog comes as the School Department is undertaking a massive overhaul of special education to bring programs into compliance with state and federal laws and as it fights a lawsuit in federal court for placing students with disabilities on waiting lists for preschool in violation of federal law. The School Department, which has acknowledged the delays, has added about two dozen preschool classes since September.

Superintendent Carol R. Johnson said the School Department is concerned about the backlog and proposed the one-time bonuses as a “proactive step.’’

“We may not make 100 percent, but we have a goal to have them all completed by the end of June so we can prepare for those students in the fall,’’ said Johnson, noting it would be particularly helpful in planning for transportation needs.

But the bonus program has generated opposition from the teachers union, which represents the special education coordinators, and must OK its enactment.

Under the proposal, about 80 special education coordinators, who oversee the reviews at one or more schools, would receive $60 for each review completed by the end of the school year. But they would only get the money if all the reviews at that particular school were completed.

“It’s a short-term fix,’’ said Richard Stutman, the union president. “This is just nibbling around the edges. We are going to have the same problem with the backlog next year.’’

Stutman blamed the backlog on the School Department’s decision about two years ago to reduce the number of clerks in the special education department from about 100 to 40. Many of their duties, he said, were absorbed by the coordinators, leaving them less time to meet with parents and perform other aspects of the annual reviews.

“There is little doubt among professionals that the current special education system is broken in Boston,’’ said Stutman, noting that the union has a legal challenge pending on the reorganization of staff in the special education department.

But she also defended the reductions in clerks, noting that much of the paperwork, including copies of students’ special education plans, have moved online, reducing the need for clerical support. She also said the current backlog of missed meetings might not reflect reality because some of the meetings that have taken place might not be in the computer system yet.

But the delay in completing an annual review does not result in a suspension of service for the student, who remains the current plan.

Carolyn Kain, chairwoman of the Boston Special Education Parent Advisory Council, said she was surprised by the high number of missed meetings, but said much of the backlog may be because of scheduling conflicts. Parents, she said, do not appear concerned about the issue.

“I have not received any reports from parents complaining there has been a failure to hold a meeting,’’ Kain said. “If there was a crisis, I would expect to hear from parents.’’