She had hoped for chance to appeal to judge 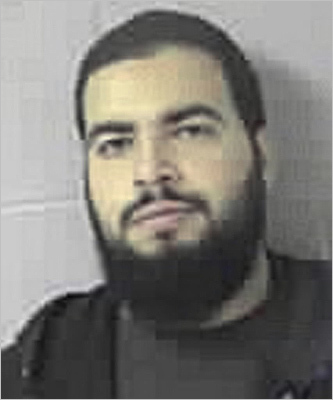 She and her fellow jurors in the terrorism trial of Tarek Mehanna had no choice but to find him guilty. And she cannot fault the government for charging the Sudbury man in the first place, she said.

But still, she struggles to sleep at night.

If she had the opportunity, Beverly A. Richards said she would have asked US District Court Judge George A. O’Toole Jr. to show mercy before sentencing 29-year-old Mehanna to 17 1/2 years in prison Thursday, because she saw too many things wrong with the case.

“It’s not black and white,’’ Richards said in an interview, days after O’Toole refused her request for her to address him Thursday, calling it unorthodox.

She said the case presented a moral dilemma. “It’s scary, from every angle,’’ she said.

And, she added, “Do I think locking someone up for 17 and a half years is the answer? No.’’

Richards, providing the first public glimpse into what it was like to sit as a juror in the high-profile case, described some of the personal struggles she endured during the nine-week trial and in the months since.

She wrestled with trying to balance the application of law and the judge’s instructions against the human emotions the case triggered.

To her, this much was clear: Mehanna was a young radical obsessed with violence, and the concept of jihad, or holy war, against US soldiers. He went to Yemen in 2004 in search of a training camp. When he could not find one, he returned with a deliberate campaign to promote Al Qaeda’s ideology, by translating and distributing documents and videos. Gruesome, horrifying videos.

The jurors took their task of determining his guilt seriously, going over O’Toole’s instructions dozens of times, deliberating for 10 hours, to make sure they were doing it right, she said. And in applying the law, they had no choice but to find him guilty.

Jurors wept over their decision, she said.

She could not look up when the verdict was read Dec. 20. She still recalls the cries of Mehanna’s mother, Souad.

Richards, a jeweler and a mother of two sons and a daughter, also knew this much: Mehanna, who is about the same age as one of her sons, was young at the time. He was smart, but had what she called an immature, corrupted view of his religion.

“I wish Tarek Mehanna could have used his talents, his education, to actually help Muslim people,’’ she said. “When did jihad, as they say, ever help anyone?’’

When Mehanna’s mother, Souad, found out why Richards had come to the court Thursday - because she wanted to tell the judge that he shouldn’t stay in prison any longer - the two embraced quickly.

Souad touched her arm, Richards said, and asked, “How could you do this to my son?’’

Richards replied, “I didn’t do this to your son.’’

Richards said she thinks about the witnesses in the case and where they are now, such as Daniel Maldonado, an American who was convicted of fighting in Somalia, and is serving a 10-year prison sentence. He said he regrets what he did and longs to see his children. Another, she said, is Daniel Spaulding, a Muslim convert from New Hampshire, who is now a teacher and who has abandoned Islam.

And then there’s Kareem Abuzahra, a close friend of Mehanna who had planned to travel with him to Yemen, but returned and cooperated with the FBI. He said he has denounced the concept of jihad. Jurors believe he got a “free walk’’ for testifying against his friend, Richards said.

Richards said their beliefs seemed to have evolved and wondered whether Mehanna’s would have as well.

She acknowledged she did not see evidence of that Thursday, when Mehanna stood before O’Toole in a show of defiance and defended what he had done, saying he was standing up for oppressed Muslims.

But Richards said he also appeared to be “mindful and thoughtful, and there was a lot of truth,’’ such as when Mehanna mentioned the 17 Afghan civilians who were gunned down by a rogue US soldier in early March. The civilians, women and children, Mehanna had argued, had been forgotten.

Richards went to court Thursday to ask for O’Toole’s mercy, believing a sentence of 25 years, as prosecutors had requested, would be unjust. She said O’Toole was fair in sentencing below the recommendation.