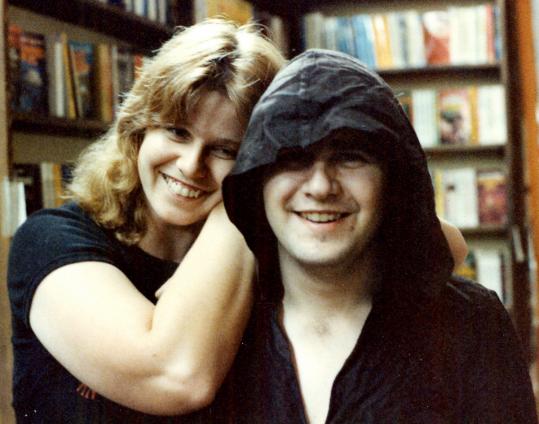 ALHAMBRA, CA - Over dinner with a friend, newlyweds John and Linda Sohus mused about Star Trek, and talked of their hopes of a honeymoon. Neither of them spoke of the creepy tenant living on their mother’s property.

The only speck of tension that evening in Pasadena, Patrick Rayermann, recalled, was over John’s adoptive mother, Didi Sohus, an aging, frail alcoholic with whom the couple had been living in San Marino.

“John was torn between his loyalty to his mother and his desire . . . to establish his own independent household with Linda,’’ Rayermann, John’s childhood friend, testified last week in Superior Court about the conversation, which took place on the last weekend of January 1985. The couple disappeared shortly thereafter.

John and Linda’s relationship has become central to the hearing that will help a judge determine whether Christian Karl Gerhartsreiter, the German fabulist known around Boston as Clark Rockefeller, should stand trial on charges of first-degree murder in John’s death.

In a strategy to shift the focus away from Gerhartsreiter, his lawyers have tried to highlight any tension in the marriage, even hinting that it was Linda who killed the computer programmer, not their client.

Gerhartsreiter has been accused of bludgeoning John Sohus, 27, to death and burying his remains, which were discovered in 1994.

There has been no trace of Linda Sohus since 1985.

Over the first three days of the hearing, the prosecution has called witness after witness to testify that the couple was affectionate and never argued. Prosecutor Habib Balian has repeatedly shown pictures of their wedding day - Linda beaming as she fed her husband cake; Linda laughing as her husband posed with her veil on his head. The images help complete the prosecutors’ narrative that no one but Gerhartsreiter had a reason to kill John Sohus.

At first, John’s mother, Didi Sohus, told police that the couple was not missing but had been sent away on a secret mission to Paris.

But that scenario seemed unlikely. John Sohus was worried that if he left his mother alone, there would be no one to take care of her, Rayermann said.

For him to vanish without a word made no sense, Rayermann said.

“John was reliable, faultlessly reliable,’’ he said. “I don’t recall [the couple] talking about striking out on their own on a business venture or going off in any sense other than a honeymoon.’’

The couple, who shared a love for science fiction, married on Halloween night in 1983. The chemistry between them was palpable, said Mari Mountjoy, a friend of Linda’s who has attended every day of the hearing.

“They were two young people so in love,’’ Mountjoy said during an interview. “Made [me] kind of jealous. They had it instantly.’’

Linda Sohus, a redhead who was about 6 feet tall, towered over John, who was 5 foot 6, but neither of them seemed self-conscious about the difference.

“Linda was self-confident,’’ Mountjoy said. “I think short guys were attracted to her because she was so comfortable in her body.’’

Several times a week, John would visit Linda at the Sherman Oaks book store where she worked. There, the couple would snuggle, kiss, and hold hands, Lydia Marano, the store owner, said in court.

Linda was generally upbeat but living with Didi wore on her, Marano said.

Witnesses described Didi Sohus as a cantankerous woman who rarely left her house, where she would pad around in her pajamas and bathrobe, a drink almost always in hand. She died in 1988.

Still, the couple was optimistic about their future and treated their living situation as a temporary problem, friends said.

Linda, who painted fantastical scenes of flying horses and swordsmen, was just beginning to sell some of her art, Mountjoy said.

John was supportive, friends recalled, hoisting the heavy canvases to shows and hanging them around the book shop.

Neither of them ever said much about Gerhartsreiter, who was then going by the name Christopher Chichester and was living in Didi Sohus’s guest house.

“All they ever referred to him was as the ‘creepy guy in the guesthouse,’ ’’ Mountjoy said.

The last time Marano spoke to Linda, it was to tell her she planned to be away for a long weekend and to ask if Linda would open the bookstore for her.

Linda agreed, but when Marano came by the shop that Sunday, it was closed. Linda had not come by at all, Marano said, something that was uncharacteristic of her employee.

“She was the most trustworthy person I had working for me,’’ Marano said.

Balian has not described a motive for John’s death or Linda’s disappearance. Investigators have theorized that Gerhartsreiter wanted the couple out of the way so he could inherit Didi Sohus’s property.

Police have testified that Gerhartsreiter told Didi Sohus he would communicate with the couple while they were away in Paris on a secret mission.

But months after they disappeared, the couple’s clothing was still strewn about their room, testified Didi Sohus’s grandson, Harry Sherwood, who visited San Marino in 1985.

Linda’s paintings and art supplies remained. In the bathroom was a brand-new box of insulin that belonged to John, a diabetic.

“It just looked like someone was gone for the day, and not gone forever,’’ Sherwood said.

That year, Marano received a postcard from Paris.

“Not quite New York, but not bad,’’ the message said. It was signed by the couple.

Marano, who never heard Linda talk about going to New York or Paris, said she had no idea what the message meant. Deepening the mystery, there have been published reports that Linda told some people that John had received a job offer in New York, though so far, no one has testified to that during the hearing.

Mountjoy said she believes Linda Sohus is dead, buried somewhere she will never be found.

“I know she’s gone,’’ Mountjoy said. “There is a lot of desert between California and Boston.’’

Despite the grisly details that have been revealed, the hearings have been a source of comfort for Mountjoy, who has befriended other witnesses who cared about the couple.

She and Rayermann chatted briefly after he testified on Friday and shared some memories.

Rayermann said the conversation was a reminder of how much he missed John. He mused over what might have become of John had he lived.

“I think he would have supported Linda and been a good husband,’’ Rayermann said, “and continued to be a good friend.’’