Many small museums are struggling in a down economy, while others survive, even thrive, thanks to dedicated volunteers 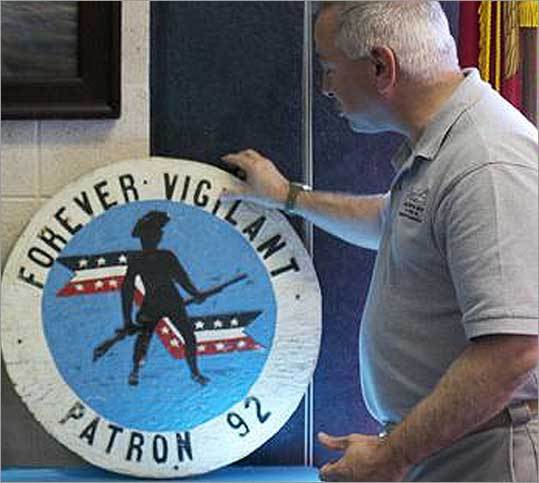 M any folks have never heard of the Shea Field Naval Aviation Historical Museum. And no wonder: It’s tucked away, out of sight, inside a gymnasium at a former naval base.

In an effort to draw more visitors, the fledgling military museum recently established regular hours. It’s now open to the public on the last Saturday of every month. It was previously open by appointment only.

The museum’s recent expansion in hours - albeit quite limited - is one example of how a tiny, volunteer-run institution is making headway during an economic climate in which money is tight, donations are hard to come by, and volunteers can be difficult to find.

Some of the smaller, quirkier museums in Massachusetts haven’t fared so well during this time. Wareham’s beloved thermometer museum had to close, as did the National Plastics Center and Museum in Leominster. And the Pacifist Living History Museum in Sherborn has been threatened with foreclosure.

“Small museums always struggle,’’ said Dan Yaeger, executive director of the New England Museum Association. “We’re in a time period where the initial shock of the recession has worn off, we’re no longer in panic mode. But it’s very much a question mark in people’s heads as to when things are really going to turn around.’’

For many museums, Yaeger said, “it’s a time of soul-searching.’’

The driving force behind many small institutions is a devoted corps of volunteers. Sometimes it’s just one person. That’s how the Shea museum managed to open its doors to the public on a schedule. Marc J. Frattasio, an author, history buff, and proud Navy veteran, offered to come out and run the museum for a few hours a month.

“I don’t think anybody knows it’s here,’’ Frattasio said of the museum, which is located inside an old Navy gym at the former South Weymouth Naval Air Station. The air base, which has been closed since 1997, is being redeveloped into a mixed-use commercial and residential community called SouthField.

Frattasio said he didn’t expect much of a turnout on Oct. 29, when he staffed the museum for the first time, and was surprised when 75 visitors showed up to see the array of squadron patches, model airplanes, and other military memorabilia.

The next time the museum opened - on the last Saturday in November - about 30 people came through its doors. Frattasio is now on the lookout for additional volunteers.

“If I can get more volunteers,’’ said Frattasio, “we can expand the hours. Obviously, there is demand.’’

Frattasio is also looking for veterans to contribute photos, video footage, and other items from the naval air stations that once operated in Weymouth and Squantum.

“We can give it a good home here,’’ said Frattasio. “Lend it to us, and we’ll make sure it’s available to future generations.’’

And as far as that mission goes, Frattasio isn’t flying solo. The museum is backed by the Association of Naval Aviation’s Patriot Squadron, a nonprofit group that was established in 1992 to preserve the legacy of those two naval air stations. The organization oversees the museum operations, and its members meet monthly.

Running a museum is not easy. Without a strong base of volunteers, strategic partners, or donors with deep pockets, it can be next to impossible to preserve a collection for people to see. Sometimes, the collections have to find new homes.

After financial difficulties forced the National Plastics Center and Museum in Leominster to close in 2008, its eclectic assortment of Tupperware, Legos, and other plastic artifacts was transferred to Syracuse University (wwwplastics.syr.edu).

The Porter Thermometer Museum in Wareham shut down last summer because its founder and sole operator, Richard T. Porter, became ill. The 5,200 thermometers he amassed over the years had earned him an entry in the Guinness Book of World Records and put Onset on the map as the unofficial “Thermometer Capital of the World.’’ Thousands of visitors came from all over to see Porter’s quirky collection, which he proudly displayed in the basement of his home.

In a recent telephone interview, Porter sadly noted that he gave his final lecture last summer, and that he is now housebound.

“We’re out of business,’’ said Porter. “Most of my collection has gone to Penn State.’’

It’s known to many as the “Tom Thumb Museum,’’ because the collections include the child-sized clothing and tiny personal items of Charles Sherwood Stratton, the 19th-century celebrity dwarf whose stage name was General Tom Thumb. The artifacts are housed in a cluster of historic buildings on Jackson Street. The museum closes every winter because it has no heat.

“If we could heat those front two buildings, it would make such a difference,’’ said Cynthia McNair, president of the historical association. She worries about the lack of climate control at the museum, and hopes the extreme temperatures don’t deteriorate the precious antiques.

Because the museum is only open seasonally, it isn’t eligible to apply for many grants, said McNair. “It’s a Catch-22.’’

McNair said the museum fell into dire straits a few years ago when one of the ceilings caved in. Repairs needed to be made immediately, but the association wasn’t sure how to pay for them.

“Three summers ago, we met and we’re going, ‘Which building should we save?’ ’’ she said. “That’s how bad things were.’’

Luckily, the museum inherited some money from a local estate, just in the nick of time, which enabled the association to fix the roof and make repairs. Volunteers are now reorganizing the museum and arranging the displays. Their goal is to raise the museum’s profile and draw more visitors over the next couple of years.

“Our attendance was definitely lower this year,’’ said McNair.

In an effort to attract bigger crowds, they’re planning to revamp the exhibits and commemorate the 150th anniversary of Tom Thumb’s marriage on Feb. 10, 1863, to Middleborough native Lavinia Warren.

Similar efforts are underway at the Robbins Museum of Archaeology, which is located across the street from the Middleborough Historical Museum. It’s maintained by the nonprofit Massachusetts Archaeological Society and houses thousands of Native American artifacts, some of them more than 10,000 years old. The museum’s hours of operation were recently scaled back from three days to two.

“All of the little museums and societies have had a tough time in the recession,’’ said Suanna Crowley, a geoarcheologist who regularly leads tours there and is known to schoolchildren as “Dr. Dirt.’’

Despite the reduced hours, Crowley said, everything else is going pretty well at the museum, which she calls “a hidden gem.’’

The Robbins Museum is trying to expand its educational programming and interpretive gallery offerings, and its collection keeps growing, she said.

“We’re actually seeing an uptick in programming and foot traffic at the museum,’’ Crowley said. “We feel kind of lucky.’’