Town’s OK of casino may be a long shot

Many Foxborough residents express doubts over $1b project 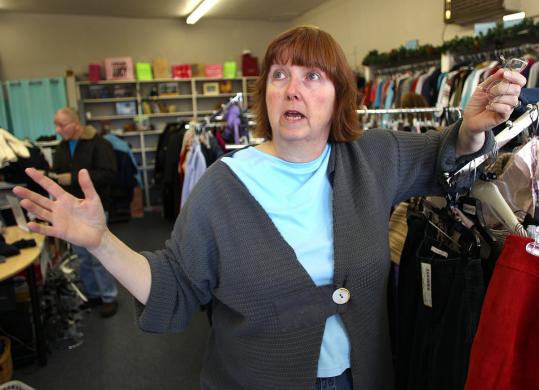 FOXBOROUGH - From the Central Street consignment shop, Judy Hartwell takes in the gentle sweep of a quintessential New England town green, church steeple in the distance.

But with her mind’s eye, she sees a colossal new casino rising beside Gillette Stadium and lines of cars and charter buses inching their way toward it.

Like many locals, Hartwell fervently hopes the vision is just a mirage.

“It would totally change the character of the town,’’ she said, “and it’s not what we bought into.’’

As residents here learned that New England Patriots owner Robert Kraft was in talks with a Las Vegas mogul to bring a $1 billion casino to Foxborough, reaction among many residents was decidedly negative.

Many grumbled that the casino would intensify already daunting traffic that nearly traps people in their driveways on autumn Sundays. They worried it would bring a messy sprawl of cheap hotels and low-end restaurants, and spur an increase in crime.

Most of all, they feared a casino would turn their town, already strained by the Patriots’ presence, into an overrun spectacle, an altogether different place from the quaint bedroom community they call home.

“We’ve had enough,’’ resident Rachael Keefe said from her counter at the consignment shop, The New Trading Post. “Foxborough’s a little town, and we already do our share. Let’s keep the gambling where it is.’’

Across the shop, filled with customers looking for inexpensive clothes, people nodded their agreement.

The Kraft Group, which owns the Patriots, confirmed Thursday that it was in negotiations with Steve Wynn, a Nevada casino magnate. The resort casino would be built on 200 acres across from the stadium and Patriot Place shopping center, and would include a hotel, shops and restaurants, and entertainment venues.

The casino discussions have been ongoing for weeks, and Wynn is expected to be Kraft’s guest at tomorrow’s Patriots game here against the Indianapolis Colts. Plans call for Wynn to lease the land from Kraft and run the casino.

Under the state’s new casino law, which allows three full-fledged casinos across the state, a Foxborough proposal would vie for a license designated for Greater Boston. It would face strong competition from the owners of Suffolk Downs racetrack in East Boston, who unveiled plans for a resort-style casino last year.

But resistance here may pose a steeper hurdle.

The law requires that casinos win the approval of local voters, and many residents say the 17,000-strong town, at least for the moment, isn’t favorably inclined.

“I think they’re going to have a tough row to hoe,’’ said Kevin Weinfeld, chairman of the planning board. “People are concerned that it just won’t be the same town anymore.’’

Traffic before and after home Patriot games forces many residents to rearrange their weekend schedules, and peak hours at the mall can cause delays. But residents fear the casino would bring far worse headaches.

“This is a different kettle of fish,’’ Weinfeld said.

In 2004, residents resoundingly defeated a plan to develop a harness racing track near the stadium, and Weinfeld said doubts about building a gambling facility there remain.

But plenty of residents say they would welcome a casino.

Rob Ryan, who moved to town from Boston 30 years ago after falling in love with its small-town feel, said he would welcome the influx of tax revenue and new jobs.

Ryan said he felt traffic to the casino would largely be contained to the area, and would have little impact on the town center and most residential areas.

And Ryan predicted that general good will toward the Kraft family would ease local concerns about the casino’s ill effects.

“If the Sullivans still owned the Patriots, it would be hard to get anything built in this town,’’ he said.

Across the street, 21-year-old Shane Rodman said he was hopeful about the prospect of jobs that a casino would bring.

“More power to them,’’ he said. “The opportunity to bring in more jobs is very important.’’

Even those who leaned against the idea acknowledged that many people in town are unemployed or working only sporadically, and that the casino could help them get back on their feet. The project would employ more than 10,000 construction workers and create some 8,000 permanent jobs.

The chairman of the board of selectmen, Larry Harrington, said he would be looking for a facility that was “first class in every way’’ and would create a “significant number of jobs.’’ He called for the developer to give residents and family members preference for employment.

He said he would look for the project to contribute “substantial revenue’’ to the public schools and allow the town to pay off debt and reduce property taxes.

But many residents said those benefits would carry too high a price. Paula Kaiser said cars pour into her neighborhood during Gillette Stadium events, and that the snarl extends throughout the town.

Down the street, Nancy Bergquist offered a more sweeping rebuke.

Noah Bierman of the Globe staff contributed to this report. Peter Schworm can be reached at schworm@globe.com. Follow him on Twitter @globepete.