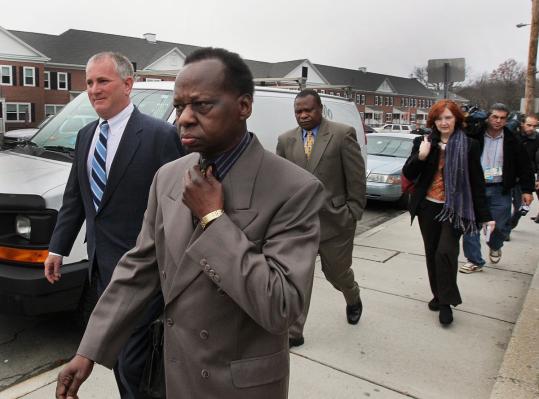 FRAMINGHAM - President Obama’s uncle was back in court today as his lawyer declared that he intends to challenge the legality of the traffic stop that resulted in his arrest for drunken driving. P. Scott Bratton, the lawyer representing Onyango Obama, said in an interview that he will file a motion “saying the police had no reason to stop him.” A hearing on the motion to suppress was scheduled for Jan. 12 in Framingham District Court. Obama, a half-brother of the president’s father, sat silently during the brief hearing. Several people in the packed courtroom could be heard whispering excitedly about the presidential relative in their midst. A young man seated behind Obama, 67, quietly chanted, “Free Obama, free Obama.”