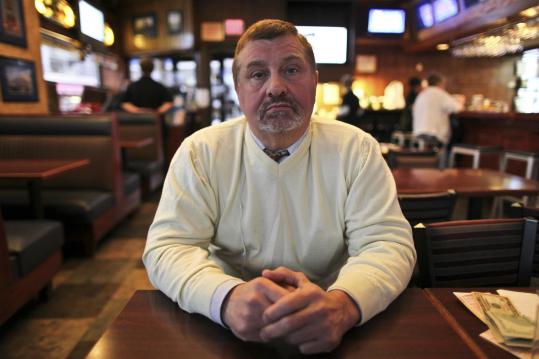 Governor Deval Patrick has yet to sign legislation authorizing casino gambling in Massachusetts, but casino developers are already putting down their markers.

Ameristar Casinos Inc., based near Las Vegas, this week announced it will buy a 41-acre industrial site for a possible casino in Springfield, making a splashy $16 million investment it hopes will show its commitment to the region.

In nearby Palmer, Connecticut-based Mohegan Sun casino has been laying the groundwork for a Bay State casino for years: In 2009 the company opened a storefront office in downtown Palmer, where it has hosted open house events. Next month, Mohegan will hold a public meeting to discuss business opportunities for local vendors, a shrewd political move for a developer that needs to win over community support to have a chance at a casino license.

The casino bill that won final approval from the House and Senate on Wednesday will authorize up to three full-scale casinos: one in Western Massachusetts, another in the southeast part of the state, and a third in or around Boston or Worcester. It would also allow one slot machine parlor. The bill gives the Mashpee Wampanoag a head start in obtaining the right to open the casino in the southeast.

Patrick’s signature on the bill will end decades of legislative wrangling and sound a starting gun on the next phase of casino development. He is expected to sign the bill on Tuesday.

That would be in addition to the 10 or so players already proposing casinos or slots facilities in Milford, Holyoke, Boston, New Bedford, Palmer, and other communities.

However, it will probably be several years before construction begins on any of the full-scale casino resorts envisioned by lawmakers.

“The legislation is critical because it starts things, but there is a lot that has to happen before you see the first dice thrown,’’ said Mitchell Etess, chief executive of the Mohegan Tribal Gaming Authority, which will propose a casino in Palmer.

The state must establish a new bureaucracy to oversee casino gambling before developers can even begin running the application gantlet.

Host communities must approve the casino projects in referendums, and legal and regulatory challenges could pose delays.

In the meantime, said Etess, “We can work more closely on the financial models . . . and continue along with our grass-roots efforts. For us it’s not so much a start-up because we’ve been doing this for two years now.’’

A local procasino group, Citizens for Jobs and Growth in Palmer, will be rallying support for the town referendum, said Jennifer Baruffaldi, the group’s spokeswoman.

“We’re just ecstatic and ready for the next phase,’’ she said.

Having lost the long legislative fight to keep casino gambling illegal in Massachusetts, opponents are now preparing to do battle in a new arena.

“We’re organizing to fight this on the ground in East Boston and Revere,’’ said John Ribeiro, president of Neighbors of Suffolk Downs, a group opposed to any casino at the racetrack that is widely believed to be a front-runner among potential sites. “People are angry, and when the time comes we’re ready to mobilize to stop a casino at Suffolk Downs.’’

But a casino project would also find some support around East Boston.

At the Zafiro Barber Shop in Day Square, barber Rafael Cruz, 38, a neighborhood resident for about 10 years, said he would undoubtedly visit a casino at Suffolk Downs. He said patrons at a full-scale casino would have a chance to “win the big package, maybe a million . . . It is good; I think it’s something to have fun.’’

Competition for the casino licenses could be fierce, driven by the profit potential of an emerging market and casino legislation that has been well-received by gambling interests.

“It’s a highly attractive market,’’ said Troy Stremming, Ameristar senior vice president of government relations, who was in Springfield this week looking over the property the company intends to buy.

He said Ameristar likes the casino legislation crafted on Beacon Hill, which he called “very fair to operators.’’

Ameristar hopes to close on the land in January. The company, he said, is buying the property outright - not just taking an option that could be canceled later if it fails to win one of the casino licenses.

“We think it’s a one-of-a-kind site,’’ he said. Buying the land on spec “is evidence of our commitment to Massachusetts and to Springfield.’’

Ameristar will propose a casino with some 150 table games and 4,000 slot machines, a luxury hotel, restaurants, retail outlets, entertainment and meeting space, and parking, he said.

The carrot for many reluctant casino supporters has long been the pledge of jobs casinos would bring, and Stremming estimated that a casino in Springfield would employ 2,000 construction workers during the 12-to-18-month construction period, then about 2,800 people in permanent jobs.

Indirect employment, such as the casino’s use of local vendors and suppliers, would support another 2,000 jobs, he estimated.

At Raynham Park, George L. Carney, general manager, said he plans “an impressive presentation’’ in pursuit of the one slot parlor license authorized by the legislation. “I’ve only been trying for about 15 years to get the bill through. I don’t intend to throw in the towel now,’’ he said. After the licensing process, he estimated a slot parlor could open in “15 to 18 weeks . . . because we put in a lot of money back eight or 10 years ago when I had all these so-called dreams it was going to happen.’’

People already gamble in Massachusetts, of course, though without the glitz of resort casinos.

“You’re talking to someone who has a gambling problem,’’ said Sam Rocco, 58, of North Attleborough, who had Keno cards at his table at Jeeli’s restaurant in East Boston yesterday. “It’s robbed me. . . . Casinos aren’t in it to lose money; they’re in it to make money.’’

Casey Ross and Travis Andersen of the Globe staff contributed to this report. Mark Arsenault can be reached at marsenault@globe.com.