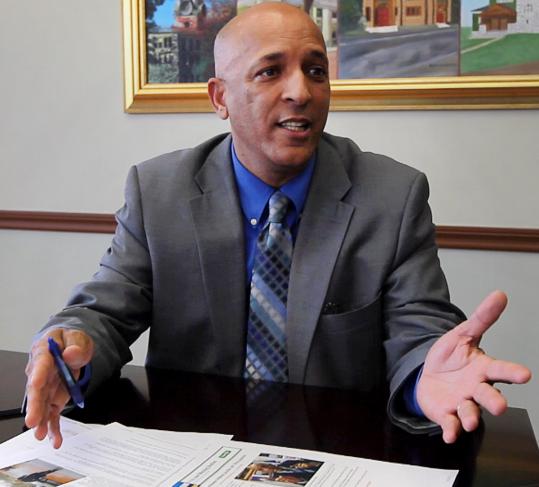 "As the first recall failed, this is going to fail even worse because many more people are aware, " said Mayor William Lantigua.
By Maria Sacchetti Globe Staff / October 11, 2011

Mayor William Lantigua of Lawrence is facing another recall attempt just two months after a first effort failed, setting up one of the state’s most financially beleaguered cities for a fresh round of controversy in coming weeks.

A recall group called Uniting Lawrence recently launched a Facebook page with more than 100 supporters and plans to register with the state Office of Campaign and Political Finance this week so that it can start raising money for its campaign, said the 24-year-old organizer, Josué Hernández.

“We learned a lot from the first attempt,’’ said Hernández, a property manager and the son of one of the organizers of the last recall, who said this effort is different from the last one. “I believe this time around with some organization and some good planning, we can do it.’’

Yesterday, Lantigua vowed to fight the second recall attempt but he said it would not distract him from his work in the city.

After a bitterly contested campaign this summer, the first recall attempt fell 866 voter signatures short of the 5,232 required to put a recall election on the ballot. Organizers of that group, called It’s Your Right, had turned in more signatures but the city rejected many as invalid.

Lantigua supporters had battled back with their own campaign, called I Won’t Sign.

To launch the recall process formally, the group must collect 150 voter signatures for a petition to submit to City Hall. Then it will have to collect enough signatures to compel a recall election, a number that is equivalent to 15 percent of the voter turnout in the last election.

Critics say Lantigua is a divisive figure unqualified to tackle Lawrence’s problems, which include high unemployment, crime, and struggling schools.

Since the start of his term in January 2010, Lantigua has been mired in controversy. At first, he refused to resign his state representative’s seat while serving as mayor, drawing two government paychecks as the city sank into a financial crisis; he later resigned his representative seat.

Lantigua also drew criticism for slashing the police force and for writing letters of recommendation for accused criminals.

Hernández said he decided to launch the recall to improve the city, just as he had turned around his own troubled life. As a youth, he joined a gang, was involved in an armed robbery at age 13, and was a father at 16. But since then, he said, he has earned his GED, taken college classes, married, and become a born-again Christian. He said he is raising his two children in Lawrence, and wants the city to thrive.

“I was raised up here. I love this city,’’ Hernández said. “I’d rather try to make an effort to make a change in this city than just walk away from it.’’

But yesterday, Lantigua said he has taken the city in a better direction since he took office, making history as the first Latino mayor in Massachusetts.

When he took office, he said, the city faced a $24.5 million deficit that required state intervention. Since then, he said, he has presented balanced budgets, on time, rehired 11 police officers who had been laid off, and hired 14 new firefighters. He said he has also paved more than a dozen streets in the city.

He dismissed the latest recall attempt as a retread of the last group.

“It’s the same group that is focused on trying to stop the good work that we’re doing,’’ he said in Spanish. “I’m not going to lose focus.’’

He declined to comment on pending state and federal investigations.