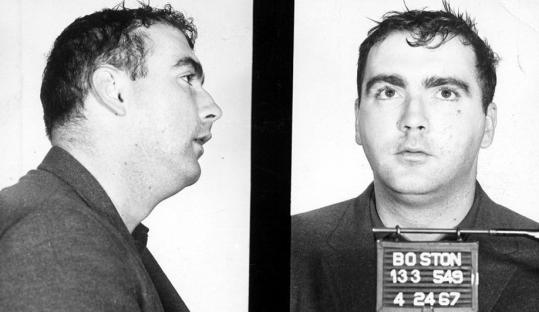 The families of two alleged victims of gangster James J. “Whitey’’ Bulger were dealt a crushing blow yesterday when a federal appeals court rebuffed their appeal to reclaim a nearly $8.5 million award from the federal government.

The 3-to-3 decision by the US First Circuit Court of Appeals denied the families of Michael Donahue and Edward “Brian’’ Halloran, both gunned down on the Boston waterfront in 1982, a hearing by the full appeals court. It upheld a 2-to-1 ruling by an appeals panel that they did not file their claims for damages in time.

A majority vote was needed from the appeals court yesterday to grant a hearing, according to William Christie, the lawyer for the Halloran family.

A judge awarded the families the money in 2009 after the federal government was found liable in the deaths of Donahue and Halloran, allegedly at the hands of Bulger, who was being used as an informant by the FBI.

“Under the Constitution, federal courts may not make decisions based on sympathy,’’ the ruling stated. “The legal issue presented by these cases is not whether the conduct of the FBI was shameful; it was. It is not whether plaintiffs are victims of that conduct; they are.’’

In rescinding the award in February, the court agreed with the government’s position that the families’ claims were not filed before the statute of limitations expired.

But some of the dissenting judges sharply criticized the judges who backed the statute, contending that they valued process over justice for the victims’ families.

“James ‘Whitey’ Bulger has finally been apprehended and is now being haled into the federal courthouse in Boston to answer for the crimes he allegedly committed years ago,’’ Judge Juan R. Torruella wrote in dissent. “But, unlike Bulger himself, thanks to the panel majority’s decision and the full court’s refusal to reverse it, Bulger’s most trusted associate, the Boston FBI office, has gotten away with murder.’’

Christie said he would next try to get the US Supreme Court to take up the case, and that he was hopeful, based on the split decisions of both the panel and the full appeals court, that the case will be heard.

But Edward Hinchey, another attorney for the Donahue family, said that it did not seem the kind of case the Supreme Court would hear and that he hoped instead to persuade the state’s congressional delegation to sponsor a bill that would allow for compensation to victims of government.

Tommy Donahue, the son of Michael, could not immediately be reached last night, but Hinchey said he is devastated and angered by the ruling.

“As a citizen of the country, how does that not make your blood boil? The poor family is just beside themselves.’’

The government has repeatedly been held liable for some of the slayings committed by Bulger and fellow gangster-turned-informant Stephen “The Rifleman’’ Flemmi, because of the FBI’s mishandling of the longtime informants.

But the government has managed to have most of the other claims dismissed.

Yesterday’s decision came just hours after a government lawyer appeared before a panel of the same appeals court trying to reverse judgments for three other families of Bulger victims: Debra Davis, Deborah Hussey, and Louis Litif.

The rulings are the remaining legal entanglements of the FBI’s corrupt ties to Bulger and Flemmi, gangsters who were allowed to operate with impunity while serving as informants for the FBI.

Family members argued yesterday that the FBI’s willingness to look the other way when it came to the slayings - or even to reveal information that led Bulger and Flemmi to kill those who were informing on them - brought about the killings of their loved ones.

“They made that deal with the devil and went out of their way to make sure they kept these informants out on the street,’’ attorney Ann Donovan, representing the estate of Hussey, said in court yesterday.

It was not known last night why Senior Judge Bruce M. Selya did not vote.

Halloran was a Bulger associate who had been cooperating with the FBI. Donahue was an innocent bystander who was shot while giving Halloran a ride home.

Flemmi testified years ago that Bulger ambushed Halloran after learning from their corrupt FBI handler John J. Connolly Jr. that he was cooperating against them.

In 2009, US District Judge William G. Young said it was “next to inconceivable that our government, through negligence, inattention, self-interested hubris, and outright corruption’’ could cause the deaths of the two men and awarded $6.4 million to Donahue’s family and $2 million to the Halloran estate.

But the appeals panel overturned that ruling in February, finding that the families had not filed within the statute of limitations, within two years of learning that they had a potential case against the government.

The government maintains that time frame started in September 1998, with news reports about the FBI’s complicity with the mobsters.

The families, however, rejected that time frame. In September 1998, they said, the FBI was still not admitting any wrongdoing.

Torruella slammed that logic in his own dissent, saying that it does not seem reasonable for relatives to believe in speculation by the press, especially when the government had repeatedly assured them that someone else was responsible.

Donahue’s estate filed a claim in March 2001, and the Halloran estate filed its claim in September 2000, missing the statute of limitations by a matter of weeks, said Christie.

In yesterday’s hearing on the other three estates, a government attorney argued that the killing of Davis and Hussey were “common, banal crimes of domestic violence’’ that should be blamed on Bulger, not the government.

The government, he noted, has paid damages to the family of John McIntyre, an FBI informant who was allegedly killed by Bulger.

“There are acts for Bulger and Flemmi for which the government may be held liable in tort, but the Davis and Hussey murders are not among them,’’ he said.

Hussey was the daughter of another Flemmi girlfriend, who was killed because “she had become an annoyance to Bulger and Flemmi,’’ said US Attorney Thomas M. Bondy.

Bulger killed Davis because she was going to leave Flemmi for another man, according to Bondy.

And the killing of Litif could not be pinned on Bulger, let alone the FBI, since a key witness was killed before he could testify, said Bondy. That witness? Halloran.