Police bear down after killing 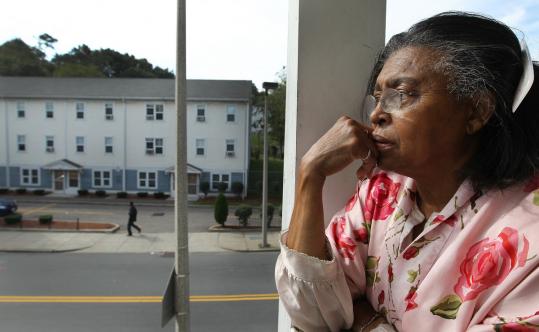 Jaivon Blake often ventured from his three-decker on Geneva Avenue to the corner pharmacy for snacks on the way to his pickup basketball games. On Saturday, the 16-year-old dunked for the first time, raising his game as well as his spirits.

The next day, Blake and a 14-year-old friend were making another snack run when, witnesses said, an argument erupted between Blake and an unidentified male. Shots rang out. Blake died a short time later; his friend remains in critical condition.

The killing was the latest in the Bowdoin Street-Geneva Avenue corridor in Dorchester, which has seen at least seven homicides this year, causing a wave of fear among residents.

“The troublesome part is the introduction of firearms into a neighborhood dispute; the precursor of this homicide is a man with an illegal gun in his possession,’’ Police Commissioner Edward F. Davis said in a telephone interview yesterday. There were two officers about a block away when the gunfire started, and they were at the scene moments later, Davis said.

No arrests have been made, but Davis said investigators have questioned people in connection with the shooting of Blake and his friend, whose name has not been released. Witnesses say the shooter, a black male wearing a red shirt, fled on a bicycle.

“Why, why would anyone want to shoot innocent boys,’’ Blake’s aunt, Charise Simmons, said yesterday as she stood at the front door of the family’s third-floor residence. “I mean, here’s someone who doesn’t have conflict with anyone, and now all of a sudden he’s dead. It just doesn’t make sense.’’

Blake attended the Martin Luther King Jr. K-8 School in Dorchester and was to attend the Boston Day and Evening Academy next year, but now his family is preparing for his funeral.

Relatives described him as a handyman, able the fix radios and other electronic devices. And he loved to cook, although he did not have a specialty.

He was looking for a job, focusing on the Stop & Shop at South Bay Plaza, said his brother, Shane Tahadil, 21, standing next to Simmons.

Yesterday morning, Tahadil said, he ran into his brother’s girlfriend, who also is a student at the MLK school. She was walking through the spot where Blake had been shot.

The girl went to class yesterday morning, but overcome with grief, left in the comfort of her mother. But on their way home, mother and daughter found themselves standing over droplets of blood on the sidewalk on Geneva Avenue. The girl wept, and her mother, Iris Johnson, consoled her with a hug.

“He had a tough-boy reputation, but once you got to know him he was a sweetheart,’’ the girlfriend said, wiping away tears. “He was like a big brother to so many of his friends.’’

She said she last spoke with Blake on Friday.

Blake often visited Johnson’s house, and she got to know her daughter’s boyfriend well.

“He was a nice kid, very respectable,’’ Johnson said. “He liked my daughter, and I love my daughter, so I made it a point to get to know him.’’

Some neighborhood residents declined to speak about the incident, citing the nature of the crime and fear of retaliation. Others expressed outrage and bewilderment over such a senseless loss of life.

“I pray for these kids night and day,’’ said Willa Mae Brown, 71, a 20-year resident of Geneva Avenue. Her living room window overlooks the place where the two teenagers were shot. “I just cried when I found out what happened.’’

Another resident, Carrie Gross, 40, said she had lived on Creston Street, less than a mile away, for five years, but moved last year following a homicide in front of her house. An 18-year-old was fatally shot on Creston Street in May 2010, according to police.

“Now the same thing happens here,’’ Gross said as she stood in her doorway. “I don’t know what to do next. It makes no sense that kids can’t even go down the street or walk to the store in broad daylight without getting shot. I saw this boy almost every day. He would walk down the street, go to the store, and right back in his house.’’