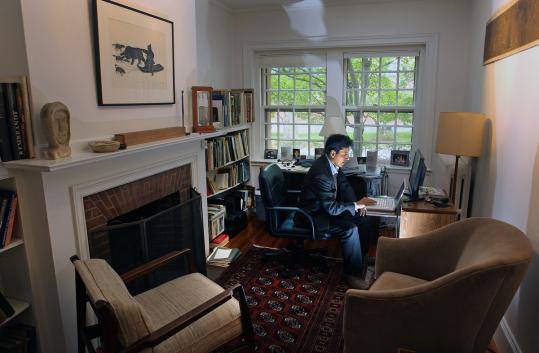 Johanny Hernandez is alone among her Latino relatives and friends to have a child diagnosed with attention-deficit hyperactivity disorder.

Growing up in the Dominican Republic, the 30-year-old mother of four had never heard of this condition - until her son’s kindergarten teacher suggested that he be evaluated. The boy struggled to comply with school rules, sometimes racing out of the classroom and climbing on tabletops.

Many of her friends seemed skeptical about ADHD, insisting that her son was just very active, sometimes mischievous, but not “loco,’’ the Spanish word for crazy. She had to agree that her son, 9, would probably never have this diagnosis in her native country. Still, her son’s classroom behavior has improved since he started therapy and taking ADHD medication, and Hernandez tries to block out what she hears from others.

Among Latinos, said the Mattapan mother, “there’s an unfair prejudice against the illness.’’

Hernandez’s experience may offer some insight into a statistic that has stumped public health researchers: Latino children in the United States are diagnosed with ADHD at roughly half the rate of non-Latino black and white children. Even among Latino children diagnosed with this neurobehavioral condition, Latino youngsters are medicated at a significantly lower rate.

Statistics released this year by the US Centers for Disease Control and Prevention found that roughly 3.9 percent of Latino children over the past decade were reported by their parents to have been diagnosed with ADHD, compared with 7.8 percent among white children and 6.3 percent among black children. Another major federal study, analyzing the most current data, from 2007, found a typical American child has a 9.5 percent chance of ever being diagnosed with ADHD, but the rate for Latino children was 5.6 percent.

The strikingly low ADHD rates for Latino youth add to a longstanding controversy over this common behavioral disorder, identified through marked impulsivity and inattention. Some clinicians see uneven diagnosis patterns as reflecting the broad subjectivity of this condition, which they say is overdiagnosed in some groups, particularly boys. Others, however, say it is a disorder with a biological basis that is generally accurately diagnosed. They speculate that low Latino rates may reflect some genetic advantage, or that they either choose against - or cannot afford - medical care for these behaviors.

“I’m not sure what to conclude from the different rates for Hispanic and non-Hispanic children,’’ said Susanna Visser, a lead epidemiologist for the CDC and coauthor of the two major studies this year on ADHD. “But it suggests we have much more to learn.’’

There are recent signs the diagnosis gap may be gradually narrowing, and some clinicians who serve Latino families say they are ambivalent about seeing the community’s rates climb to the national average. While they believe the low ADHD rates among Latino children are largely due to little awareness of the disorder in their communities, or lack of health insurance, they worry that ADHD is too often misapplied to disruptive children whose underlying problem is something else - such as trauma or family problems.

“Too often ADHD is a catch-all term for a bunch of problems,’’ said Dr. Jose Hidalgo, a psychiatrist and medical director of the Latin American Health Institute in Boston.

Hidalgo also said that the group’s rates may reflect a cultural tendency among Latinos to accept a wide range of behavior in young children, in part because of the way extended families often coexist.

“When you have large groups of people together, they are used to closer personal space and have more tolerance for higher levels of activity,’’ he said.

John Ribeiro, a retired probation officer and board member of a nonprofit mental health agency that serves many Latino families, said many low-income Latino children have trouble getting treatment for a range of conditions, have little access to Spanish-speaking providers, and come from families who fear the stigma of mental illness. However, he also said he is skeptical of the high national ADHD rates: Some 5.4 million children are diagnosed nationwide, and rates are climbing at more than 5 percent each year.

“Part of the diagnosis is so we can control them. Let’s give them a pill,’’ he said.

He said Latino culture encourages young children to show their full spirit, and is wary of biomedical explanations that pathologize highly exuberant children.

Jane Delgado, president of the National Alliance for Hispanic Health, said she believes a lack of awareness of ADHD largely explains the low diagnosis rates among Latino children. She added, however, that some Latino families have a wait-and-see attitude with troubled children and rely heavily on family interventions. She said that newly arrived Hispanic immigrants, despite higher poverty rates, often display signs of strong mental health, largely due to stronger family, community, and religious ties.

Nonetheless, she said, cultural stigma against mental conditions persists, and she is pushing for more awareness of ADHD in the Latino community. She said diagnosis is often not easy, requiring a range of input from family, teachers, and clinicians.

“It’s not like diagnosing a broken leg,’’ Delgado said.

Ruth Hughes, chief executive officer of CHADD (Children and Adults with Attention Deficit/Hyperactivity Disorder), said many communities are ill-served when they do not understand the physical underpinnings of this disorder, which cause parents to blame themselves or their children for the behaviors. She speculated that Hispanic children may have lower rates of ADHD due to some genetic cause, but low awareness is likely a major reason. Her group has launched numerous educational campaigns over the past decade, including bilingual brochures in low-income, urban communities.

Researchers are still struggling to understand differences in ADHD diagnosis among children. For example, Boys are more than twice as likely to be diagnosed than girls. And within the Latino community, federal researchers have found, children whose families came from Mexico have among the lowest ADHD rates, while youngsters from Puerto Rico have rates closer to the national average.

Visser of the CDC said she and her colleagues are devoting time to understanding these disparities. She said recent evidence suggests ADHD rates for Hispanic children are climbing, and at a rate significantly faster than for non-Hispanic youth.

“Something may be changing either in the way clinicians are diagnosing this group, or demand within the group for this diagnosis has changed,’’ Visser said.

Hernandez said she thinks Latino families living in this country will soon come to accept more cases of ADHD, particularly if their children’s behavior disrupts their education. She often wonders whether her son’s condition is a reflection of his personality, and not a disorder, but she is going with her pediatrician’s advice for now.

“I tell my friends that’s what the doctor diagnosed,’’ Hernandez said. “I’m not a doctor.’’

Globe correspondent Miriam Valverde contributed to this report. Patricia Wen can be reached at wen@globe.com.