End of the party for Priscilla of Boston 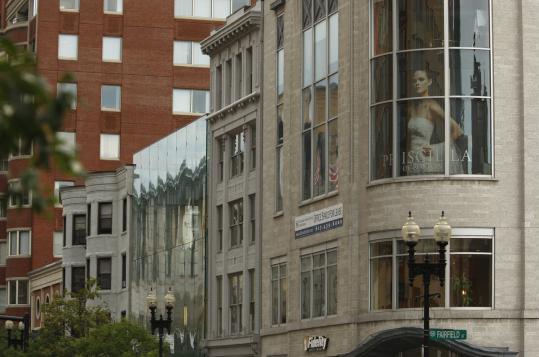 Priscilla of Boston, the high-end bridal boutique that got its start on Newbury Street in 1945 and shot to prominence after making Grace Kelly’s wedding gown, is closing.

Its parent company, David’s Bridal, announced yesterday that it will shutter the store’s 19 national locations, including its store on Boylston Street, on Dec. 31. A corporate office in Charlestown will also be closed.

“At the end of the day, the decision is really based on looking at our resources and capital investments and looking to invest in Priscilla’s sister division, David’s Bridal,’’ said Brian Beitler, chief marketing officer for David’s Bridal.

Priscilla employs 61 people in Massachusetts - 21 in the store and 40 in the corporate office. Priscilla employees could apply for jobs at David’s Bridal, Beitler said, but there is no guarantee, and those jobs are scarce.

Orders for dresses will be fulfilled as promised, according to a Q&A posted on Priscilla’s website. Anyone whose dress is scheduled to be delivered after Dec. 31 should call the store to make arrangements.

Although Beitler would not say that the economy was a factor in the closing, bridal specialists and analysts say the business of weddings has changed in recent years, with many brides scaling back their budgets.

“They’re probably closing because they failed to realize how the market has shifted and changed,’’ said Shane McMurray, CEO and founder of The Wedding Report, a website that follows wedding trends. “Several of the big designers have already created lower price lines in different markets so they can penetrate down into new markets. That’s really what you have to do.’’

Priscilla is seen as the posh older sister to the less expensive David’s Bridal. The priciest dress at David’s retails for $1,400, while the most expensive dress at Priscilla costs $10,000. A study by the websites and the Wedding Channel found that the national average that brides spend on their dresses has changed little between 2008 and 2010 - just over $1,000, a number more in line with David’s price point.

Others say the company lost its vision after multiple sales and acquisitions. Federated Department Stores bought Priscilla in 2002, then sold it to David’s Bridal in 2007.

“You really need to have someone to steer the direction,’’ said Rachel Leonard, fashion director of Brides Magazine. “I’m surprised to hear it, but I think that’s what happens when a company becomes more corporate.’’

The closing of Priscilla marks the end of an important chapter of Boston fashion history.

Priscilla of Boston started after Priscilla Kidder graduated from the New England School of Design. She opened her shop on Newbury Street and quickly rose to become an internationally recognized expert.

“She really changed the way that people look at the wedding industry,’’ said Salwa Khoory, co-owner of L’Elite on Newbury Street. “She was Vera Wang before there was Vera Wang. The closest comparison I could make now is Oscar de la Renta. That’s how respected her work was.’’

Kidder cemented her reputation when she designed the 1956 wedding of Grace Kelly to Monaco‘s Prince Rainier. She went on to design dresses for presidential daughters Luci Baines Johnson, and Julie and Tricia Nixon. She died in 2003 at 86.

But that rich history may have come back to hurt the company. Party planner Bryan Rafanelli said that as Wang and other superstar fashion designers rose to fame, Priscilla came to be seen as stuffy and old fashioned.

“When I first started 15 years ago, pretty much every one of the brides at least considered a Priscilla dress,’’ he said. “Now it’s much more rare. I think a lot of people, including myself, put Priscilla in a box. Some people didn’t see it as cutting edge.’’

Yolanda Cellucci, a former wedding dress magnate who closed her Waltham salon two years ago, was surprised at the news of the closing because of the tremendous growth of the company over the years. But she has also noticed that brides are spending far less than they did before the economic downturn.

“I used to carry Bob Mackie wedding dresses that cost up to $25,000,’’ Cellucci said. “We had a baby grand piano in the foyer with a pianist. There were models, and we served champagne. People don’t have time for that anymore. Everyone is rushing.’’

Christopher Muther can be reached at muther@globe.com