Progress seen in fight on heroin 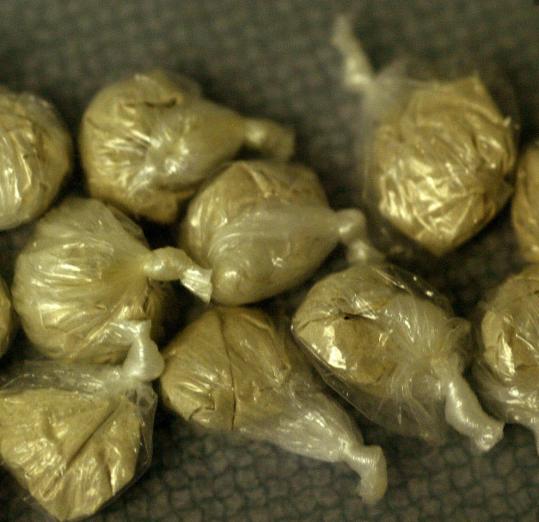 The Boston Public Health Commission report shows that deaths from heroin and other opiates dropped by 32 percent between 2007 and 2008. (Pat Greenhouse/Globe Staff/File)
By Kay Lazar Globe Staff / August 31, 2011

Deaths from heroin and opiate abuse plunged in Boston after the city launched a controversial program in 2006 that supplies addicts with medicine to reverse their overdose, according to a report to be released today by the Boston Public Health Commission.

The report says the death rate dropped by 32 percent between 2007 and 2008, the most recent year for which data are available - a decrease that specialists said bucks the national trend.

Since 2006, the city has distributed the overdose drug Narcan to 2,080 people and has recorded 215 cases in which overdoses were reversed, a city health official said yesterday.

“This is one of the first times I have felt that we have found something that has had a quick and immediate impact on the mortality rate, and can keep people safe, while we work to connect them with treatment,’’ said Rita Nieves, director for addiction, prevention, treatment, and recovery services at the commission

Boston was battling a heroin epidemic in the fall of 2006 when the Narcan program was introduced. It gives heroin addicts emergency kits containing two doses of the medication in advance, which they keep with them in case they take too much heroin or another opiate, such as Oxycontin.

State officials were so encouraged by Boston’s initial experience with the program that they launched a similar one in late 2007. They are poised to announce in September that since 2006, at least 1,000 overdoses statewide have been reversed, said Andy Epstein, who piloted the program in Boston and is now a special assistant to Massachusetts’ public health commissioner.

“Narcan is a powerful tool for users and their families,’’ Epstein said.

She said preliminary statewide data show a significant decline in overdose deaths through 2009, a trend she said is probably linked to the state’s adoption of the Narcan program.

Nieves said much work needs to be done in Boston because the city remains awash in cheap heroin and other opiates.

The Boston program requires users interested in getting the emergency kits to undergo extensive training in how to use the medication. The kits include a liquid-filled syringe and a device that turns the medicine into a mist, which is inhaled through a cone. But addicts are encouraged to first seek treatment for their habit.

The program supplies emergency kits not only to addicts, but to family members and police officers who sometimes arrive at overdose scenes before paramedics.

Alan Wartenberg, an Attleboro physician who specializes in addiction medicine, said the latest numbers about overdose reversals support what he is seeing in his practice.

“I have had any number of patients who told me it has saved their lives,’’ said Wartenberg, who is also president-elect of the Massachusetts Chapter of the American Society of Addiction Medicine.

He said Boston’s initiative, which distributes the Narcan kits to heroin addicts in needle exchange programs, is a good first step. But he said the nationwide trend shows overdose deaths are shifting away from heroin users toward those abusing prescription opioids, such as oxycodone.

“There is an absolute epidemic of opioid overdoses,’’ Wartenberg said.

“We are seeing suburban housewives and adolescents using prescription drugs,’’ he said. “The youngest I treated was 12 years old.’’