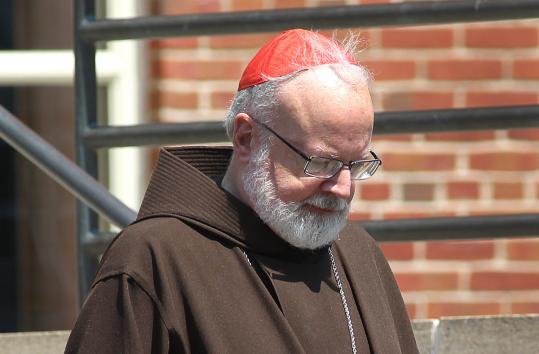 Attorney General Martha Coakley and advocates for clergy abuse victims faulted the list because it includes only those priests who have already been publicly accused and omits the names of dozens of accused priests from religious orders and other dioceses. It also omits those who left the priesthood before accusations were leveled against them.

“Those names should be disclosed in the interest of the victims and public safety,’’ Coakley said. “While yesterday was an important first step, we urge the leaders of the Archdiocese to complete this effort toward transparency and publicly disclose the names of those accused from other orders and those who were already laicized.’’

O’Malley compiled his list after reviewing all the abuse allegations in the files of the archdiocese, some going back as many as 70 years, church officials said, in his most recent attempt to assure parishioners and the public that the church is doing all in its power to protect children while assisting survivors of abusive clergy.

“The Archdiocese of Boston’s commitment and responsibility is to protect children and to ensure that the tragedy of sexual abuse is never repeated,’’ O’Malley said in a statement that accompanied a posting of the list on the official website of the archdiocese (bostoncatholic.org) at 2 p.m. yesterday.

O’Malley said he omitted the names of 91 additional accused archdiocesan priests, most of whom are dead and unable to answer the accusations leveled against them. He also left off the names of priests from religious orders and other dioceses who have been accused of abusing children in the Boston area because, he said, the Boston Archdiocese was not responsible for investigating those cases.

Mitchell Garabedian, an attorney, said the omissions are a disservice to victims.

“It’s disappointing that Cardinal O’Malley omitted the names of 91 additional accused archdiocesan priests, since naming them would allow sexual abuse victims to try and heal and perhaps understand that they were not the only ones abused by a particular priest,’’ Garabedian said.

Leaders of BishopAccountability.org, an organization that tracks accused priests and posts court records from clergy abuse lawsuits online, said they believe that up to 70 priests from religious orders and other dioceses have been accused of molesting children while in the Boston Archdiocese. A spokeswoman for the archdiocese said the number could be “even higher.’’

“There are many victims of Boston priests who will not find the names of their perpetrators on yesterday’s list,’’ BishopAccountability said in a prepared statement. “Their misery and isolation will be deepened by yesterday’s disclosure.’’

O’Malley’s tally of 250 accused clerics from the Boston Archdiocese, which he initially suggested he would make public more than two years ago, surpasses previous official estimates. In 2003, Attorney General Thomas F. Reilly completed a 16-month investigation of abuse in the church, concluding that 237 priests and 13 additional church employees had been accused of molesting nearly 800 minors. But Reilly’s tally included an undetermined number of religious order priests, and he did not release the names of the accused.

Reilly opened his investigation after the Globe published a series of articles showing that Cardinal Bernard F. Law, O’Malley’s predecessor, and other church officials allowed dozens of priests known to have sexually abused children to remain in active ministry, where they continued to abuse minors.

The stories won a Pulitzer Prize in 2003.

O’Malley said the 159 clerics on the list that he released have either been publicly accused or have been found guilty of molesting minors after church or civil proceedings. In addition, 25 of the 159 have been cleared of abuse allegations, O’Malley said.

The church spokeswoman said that from 1950 to 2003, 2,324 archdiocesan priests were in active ministry. She also said that 91 of the priests listed by O’Malley yesterday are alive and 68 are dead.

In his statement, O’Malley said he made his decisions about which priests to include after balancing “the critically important need to assure the protection of children’’ with “the due process rights and reputations of those accused clergy whose cases have not been fully adjudicated,’’ including those who are deceased and therefore unable to defend themselves.

O’Malley said he omitted the names of religious order priests and those from other dioceses because determining their guilt or innocence is “the responsibility of the priest’s order or diocese.’’ O’Malley added that it is the policy of the Boston Archdiocese to inform law enforcement authorities of any accusations of sexual misconduct by a priest from a religious order or another diocese and to bar the priest from ministering here.

Barbara Blaine, president of the Survivors Network of those Abused by Priests, called O’Malley’s reasoning “shameless hairsplitting’’ that endangers children.

The 159 accused clerics - 157 priests and two deacons - on O’Malley’s list are posted with a searchable database with additional information that could be useful for victims still seeking to identify their abusers. For instance, the information includes dates of birth, dates of ordination, the dates when a priest may have left the priesthood, as well as the assignment history for each cleric, including postings in other dioceses. It also lists any disciplinary action that may have been taken against accused priests, including dates of conviction and dismissal from the priesthood.

The database was unavailable for much of the afternoon yesterday and early evening because the church’s website was inundated with visitors attempting to view the roster of accused priests.

The list does not include photographs, church officials said, in part because the physical appearance of an accused priest may have changed dramatically over the years, making identification more difficult for a victim, and in part because photographs might encourage cases of mistaken of identity.

“We asked ourselves, ‘Would this be helpful? Would it be fair?’ ’’ said the Rev. Richard M. Erikson, the vicar general, the number two official in the archdiocese.

Victims of clergy abuse and their advocates have been anticipating O’Malley’s action - with growing impatience - since March 2009, when O’Malley released a six-page letter outlining a series of policies designed to make abuse prevention and detection a permanent part of the archdiocesan bureaucracy.

Those policies include training for children and church employees and criminal background checks for all priests, deacons, educators, volunteers, and other church personnel who work with children.

In his 2009 letter, O’Malley suggested that the archdiocese was on the verge of publishing a list of priests accused of abuse, along with information on the status of the accusations they were facing.

“This is a complex issue,’’ O’Malley wrote at the time. “However, my expectation is that in the very near future we will be in a position to report a revision of present archdiocesan policy on this subject.’’

After more than a year passed, the impatience with O’Malley came to head when Garabedian posted a list in January on his law firm’s web site of 117 priests and other church employees who, Garabedian said, were accused of sexual abuse by one or more of his clients.

Underscoring the complexity of compiling such a list, church officials said that abuse allegations against three individuals on Garabedian’s list were found to be unsubstantiated.

But Garabedian said yesterday that the church made financial payments to settle the accusations against all the priests on his list.

O’Malley said his list includes the names of 159 priests who:

■ Have been publicly accused of sexual abuse, either by the church, attorneys, or in news media accounts, or by advocacy groups, such as BishopAccountability.org.

■ Have been found guilty of sexually abusing a child, either by the church or civil authorities.

■ Have died and have been publicly accused of sexual abuse, even if no church or civil action was taken against them while they were living.

■ Have been exonerated of sexual abuse allegations, either after a preliminary investigation or complete church trials.

■ 22 faced accusations that could not be substantiated.

■ 4 are the subject of preliminary investigations and are no longer in active ministry.

■ 3 are former priests who have not been publicly accused of abuse.

Church officials said that some of the 25 priests who were cleared of abuse allegation have been returned to active ministry.

Michael Rezendes can be reached at rezendes@globe.com.