Milford motorcyclist was dragged by truck

(Photos by Jessey Dearing for The Boston Globe) Flowers were left on the lawn yesterday near the intersection in Milford where Matthew Denice was killed in a hit-and-run accident on his motorcycle. At right, his stepfather, Michael Maloney.
By Ben Wolford Globe Correspondent / August 22, 2011

“He didn’t feel it was safe to ride a motorcycle in the dark,’’ she said yesterday. “He always did things safely. Wore the helmets. He was a cautious rebel.’’

Matthew Denice, 23, got as far as Congress and Fayette streets around 7:50 p.m. Friday before he was struck by a pickup truck, entangled in its wheel well, and dragged about a quarter mile to his death by a driver who did not stop.

Witnesses who saw Denice pinned screaming under the truck ran out and pounded on the vehicle, crying out to the driver who kept going.

Police say Nicolas Guaman, 34, an illegal immigrant from Ecuador who had his 4-year-old with him in the truck, was drunk when he ran a stop sign and hit Denice’s motorcycle. They say Guaman continued slowly weaving his way around the corner of Congress and Fayette, then onto West Street, and later Bancroft Avenue.

Denice’s parents said his affinity for skateboarding, snowboarding, and the prospect of adventure came from his stepfather, Michael Maloney, 53, who helped raise him.

His caution came from his mother, a nurse practitioner. He never revved his motorcycle up the streets of the quiet residential Milford neighborhood where he lived. And he refused to drive if he had a couple of beers, choosing instead to walk home.

“I’ve seen a lot of things in 30 years, and this is right up there,’’ said Milford Police Chief Thomas O’Loughlin in a phone interview. “He dragged the guy for a quarter-mile. He was alive for a good portion of it.’’

Samuel Schwenninger, 37, who lives on West Street, was among the frantic witnesses who gave chase, trying to make the driver stop. But he did not.

The driver “just kind of stared at us blankly,’’ Schwenninger said. “I could see [Denice] grimacing through the viser on his helmet. I won’t soon forget that.’’

Finally, at the corner of West Street and Bancroft Avenue, police say, Guaman left the road. Gouges in a sloping lawn were still fresh yesterday, and spray paint circled dark stains on the sidewalk where Denice dislodged from the truck and where witnesses found him dead.

Even after running up the curb into the yard, Guaman did not stop, police said, but instead backed up and kept going. Police caught him two blocks later.

Bouquets lay on the lawn there yesterday, including a rose that Michael Maloney left.

Denice was a 2006 graduate of Milford High School, where he was voted most dependable by his senior class. He went on to study information technology and business at Framingham State University and graduated in May. He had a 25-year-old brother and a girlfriend.

His parents said he was a Boston sports fan, and he recently landed a job interview with Staples.

“When I found out the circumstances, with the guy who hit him, it’s hard not to be’’ angry, Michael Maloney said, standing in Denice’s bedroom, where old skateboards and posters of rally cars adorn the walls.

“Matthew did not have to die,’’ his mother Maureen said. “This was preventable.’’ She said Guaman was “driving drunk last night without a license.’’

Guaman is expected to appear in Milford District Court today on charges of motor vehicle homicide while under the influence of liquor, negligent operation, leaving the scene of an accident, unlicensed operation, failure to stop or yield the right of way, failure to stop for a police officer, child endangerment, and possession of an open container of alcohol while driving.

US Immigration and Customs Enforcement issued a detainer, which orders Guaman held for 48 hours while the agency determines whether to deport him, O’Loughlin said. Federal officials would await the outcome of his trial before taking action.

No one answered a knock at the door at Guaman’s Cherry Street home yesterday, steps from where police gave Denice first aid before rushing him to Milford Regional Medical Center, where he died.

Guaman’s child was with his wife, O’Loughlin said, and Guaman was in Milford Police custody on $25,000 bail. Police reported the case to the Department of Children and Families.

O’Loughlin said the department was not aware of Guaman having a criminal history, and representatives from Immigration and Customs Enforcement could not be reached yesterday.

“Opponents of Secure Communities have tried to create the impression that traffic offenders are harmless,’’ said Jessica Vaughan, a Franklin policy analyst with the Center for Immigration Studies. It is a group that supports tighter restrictions on immigration and the implementation of the Secure Communities criminal tracking network throughout Massachusetts. It is currently only utilized in Boston.

“This case illustrates that, in fact, they can be a serious threat to public safety,’’ Vaughan said.

Frank Soults, a MIRA spokesman, yesterday cautioned in an interview that immediate deportation in cases like this might also prevent justice being carried out in the US.

“Of course, we believe in justice being meted out to those who deserve it, but we think that [Guaman] should have his day in court,’’ Soults said.

Globe correspondent Taylor Adams contributed to this report. Ben Wolford can be reached at bwolford@globe.com.

Correction: Because of a reporting error, this story gave an incorrect date for a fatal motorcycle crash in Milford. The crash occurred Saturday night. 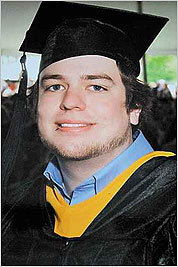