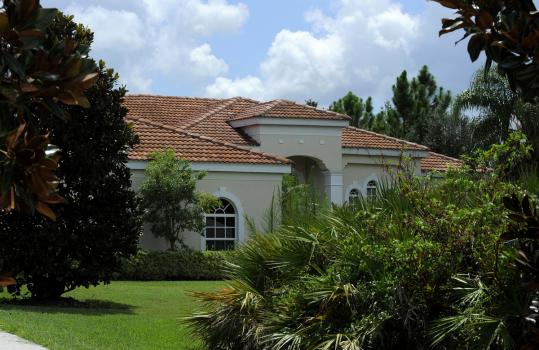 Federal prosecutors have ordered a controversial agency for special needs children to turn over payroll records for longtime leader John B. Barranco, his former girlfriend, and more than two dozen others to a federal grand jury meeting today amid accusations of widespread corruption at the agency.

Prosecutors ordered the Merrimack Special Education Collaborative of Billerica to produce virtually all its financial records for the last decade, according to a copy of a subpoena obtained by the Globe. It demands documentation of credit card use by agency officials, records of consulting contracts, and records covering all financial transactions between the collaborative and the Merrimack Education Center, a related nonprofit organization.

“Pursuant to an official investigation being conducted by a federal grand jury in the District of Massachusetts of suspected violations of federal criminal law, your company is directed to furnish to the grand jury the documents described,’’ reads the subpoena, which was sent to officials of the collaborative.

More than half a dozen oversight agencies are now focusing on Barranco and his management of the collaborative and the Education Center in the last decade. During that time, Barranco’s salary climbed to over $500,000 while he paid his former girlfriend more than $300,000 and awarded high-paying jobs to close associates, allowing some to enhance their public pensions through alleged fraud, according to state Inspector General Gregory W. Sullivan.

Last month, Sullivan accused Barranco of siphoning $11.5 million from the collaborative to the center, using the money to cover generous salaries and more than $50,000 in personal expenses, including high-end clothing, tickets to the Kentucky Derby, and improvements to his luxury vacation homes in Florida and New Hampshire.

Christina DiIorio-Sterling, a spokeswoman for the US attorney’s office in Boston, said she would not comment on the subpoena.

An attorney representing Barranco did not return a call from the Globe. Mary A. Clisbee, Barranco’s former girlfriend and now an associate dean at Nova Southeastern University, in Florida, did not respond to messages.

The grand jury subpoena specifically seeks compensation records for Barranco and Clisbee. Barranco was executive director of the collaborative from the early 1990s until 2005, when he retired, naming Clisbee his successor. Following his retirement, Sullivan said, Barranco maintained control of the collaborative through his job as the full-time executive director of the Education Center, a position he held until taking an unpaid leave last month.

The subpoena also demands records for several of Barranco’s closest associates, in addition to the center’s two co-executive directors, along with records for any money that might have been paid to the 10 school superintendents serving on the collaborative’s board of directors.

The associates of Barranco cited in the subpoena include Richard W. McDonough, a lobbyist who was recently convicted on federal corruption charges with former House speaker Salvatore F. DiMasi; retired state representative Robert. S. Hargraves, a personal friend of Barranco’s since the early 1980s who worked as a paid consultant for the center; and Laurence N. Aiello, a lifelong friend who has served as Barranco’s personal attorney and today sits on the board of the Merrimack Education Center.

Thomas E. Lent, an attorney representing the collaborative, would not comment on the subpoena or the response of members of the board, which is made up of the superintendents of the 10 public school districts in the collaborative.

However, an individual with knowledge of the collaborative said the organization’s two co-executive directors, Donna Goodell and John Fletcher, are being placed on paid, administrative leave.

Lent said none of the collaborative’s board members are paid for their service.

Hargraves recalled that he worked as a part-time consultant for the center, not the collaborative, while he was a state legislator, compiling school policy directories for Massachusetts public school districts. Over about a decade, Hargraves said, he put together about 15 school directories, receiving $3,900 for each one.

Sullivan said Barranco and Clisbee engineered the transfer of $11.5 million from the collaborative to the center through two illegal service agreements approved separately by the boards of the collaborative and the center during proceedings that were clouded by numerous conflicts of interest, including the fact that Barranco and Clisbee were in a romantic relationship.

Sullivan said the agreements are illegal because they violate the state open bidding law and because a quorum was not present for the collaborative’s vote.

In addition, Sullivan said, the two boards had overlapping memberships, resulting in five superintendents who voted twice to approve agreements, once on behalf of the collaborative and again on behalf of the center, a conflict of interest. Barranco later awarded three of those board members high-paying jobs at the center. A fourth was Barranco’s guest at the Kentucky Derby a year earlier.

In their subpoena, federal prosecutors mentioned all five board members by name, ordering the collaborative to turn over all records regarding any compensation that may have been paid to them. Three of the named board members did not return calls. A fourth is dead.

The fifth board member, Connelly, said that when he cast his votes approving the agreements he believed he was voting on innocuous measures designed to separate functions and assets of the two organizations, with the approval of legal counsel.

“I thought we had done everything legal and proper,’’ he said.

Michael Rezendes can be reached at rezendes@globe.com. 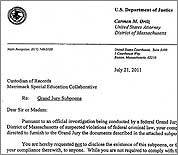