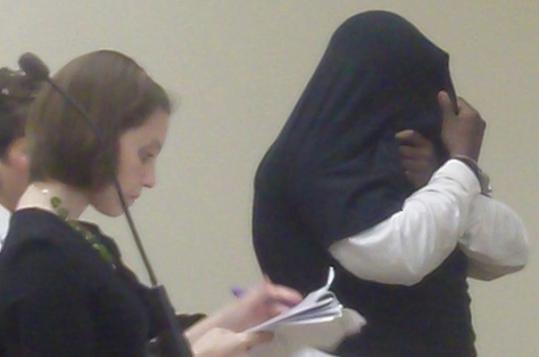 A case involving a man accused of forcing a child into sexual slavery is now testing the power of the First Amendment on the Internet as Norfolk prosecutors are pushing to ban the posting of video recordings of court hearings on the Web.

The struggle will play out today before Supreme Judicial Court Justice Margot Botsford, who has been asked by prosecutors and the website opencourt.us to decide who controls videos made of certain proceedings in Quincy District Court.

Opencourt.us is affiliated with WBUR and is an experiment in bringing court proceedings to the public online. Operating only in the first session of the Quincy courthouse, the website streams some of the hearings live daily and then archives the videos for the public to view on its website.

In court papers, Norfolk prosecutors said they fear harm to crime victims if the videos become available on the Web.

But John Davidow, who helped create opencourt.us for WBUR, argues that prosecutors are essentially putting government in charge of a news organization in violation of the First Amendment’s protection of free speech.

“This is really taking reporting that is done every day and then trying to take the editorial aspects away from journalists and put them in the hands of the state to decide what is published and what is not,’’ Davidow said in a telephone interview.

He added, “once we lawfully covered a story that was published, then it is up to the news organization to decide what to do with that material.’’

Norfolk District Attorney Michael Morrissey, in a statement, said yesterday that he is not pushing for a fight with the media. However, he said - pointing to papers filed by his office with the SJC - by allowing the videos to be posted, the website does not take into account the impact worldwide distribution of a video can have on crime victims.

“Few have worked harder to push for open government than I have, but we should not be hurting victims in the process here,’’ Morrissey said in the statement.

The specific case the two sides are fighting about involves the dangerousness hearing of Norman Barnes, who was arrested by State Police in Quincy after a 15-year-old girl reported he had kidnapped her and forced her into sexual slavery in the greater Boston area.

Barnes has pleaded not guilty to all charges, and his defense attorney has told the SJC he is not part of the dispute between opencourt.us and prosecutors, according to court papers.

On May 27, Judge Mark Coven presided in the dangerousness hearing and, over the objections of prosecutors, ordered that opencourt.us could stream the hearing live and record it for later uploading to its Web archive.

During the hearing, a defense attorney twice mentioned the teenage girl’s name while questioning a witness and in the closing argument.

And, according to prosecutors, additional identifying details also were made public, including the names of relatives who had come to the child’s assistance, her school, her home neighborhood and her personal history.

Prosecutors said they fear the emotional damage the child may suffer if her high school age peers see the video and also learn about the kinds of sex acts Barnes is accused of forcing her to perform while being held captive.

“It does not take much imagination to contemplate that the victim could easily become the object of derision and mockery’’ if the hearing is archived on the Web, prosecutors wrote. “To a 15-year-old girl, those details identify her to that subset of the population that matters most to her - her schoolmates and peers.’’

But Davidow said the rules set up by opencourt.us for putting a video into archive already require the deletion of both the video and audio of the girl’s name and the deletion of any other identifying data that was disclosed in court.

Excluding the Barnes hearing, opencourt.us has already edited out improper references to juveniles that were made in the adult court.

He also said opencourt.us waits 48 hours before posting a video, giving anyone involved in the case time to ask for the video to be edited.

Coven has since ordered opencourt.us to delete the girl’s name from the archived footage of the May 27 hearing, but prosecutors said that is not enough.