In LA court, waives his right to a speedy trial 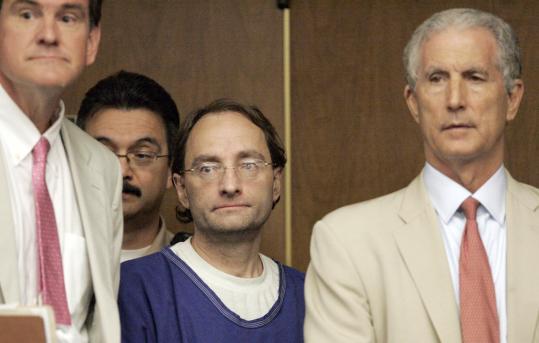 Christian Karl Gerhartsreiter appeared in a Los Angeles courtroom yesterday where he pleaded not guilty to charges that he killed his landlady’s son while posing as Christopher Chichester in the 1980s.

“We’re all relieved that the case is now moving forward,’’ said Brad Bailey, a Boston attorney who is representing Gerhartsreiter in California along with Jeffrey Denner. He “certainly looks forward to getting his day in court. As he has from the start, he continues to maintain his innocence.’’

Gerhartsreiter said little in court except to confirm that he was waiving his right to a speedy trial, or a trial within 180 days of the arraignment.

Bailey said he and Denner, who received three boxes containing about 9,000 pages of discovery, need more time to prepare for trial.

Bailey said he was not aware of any family members or friends who showed up to the hearing on Gerhartsreiter’s behalf.

Gerhartsreiter is being held at Men’s Central Jail in Los Angeles, Bailey said.

On the East Coast, Gerhartsreiter masqueraded for years as Clark Rockefeller, a fraud that was uncovered when he was prosecuted for the parental kidnapping of his daughter, Reigh, in Boston in 2008.

Since being unmasked as the fake Rockefeller, investigators have linked Gerhartsreiter to San Marino, Calif., where he was using the Chichester identity in the 1980s. At the time, he was living in a guesthouse while his landlady’s son, John Sohus, was living in the main house.

Sohus and his wife, Linda, disappeared in 1985 - as did the house guest, Chichester.

In 1994, when new owners of the Sohus property were building an in-ground pool, human remains were found in the backyard; earlier this year, Los Angeles County authorities identified the remains as those of John Sohus.

No trace of Linda Sohus has been found, but California authorities believe she, too, is dead.