Victim had struggled to turn his life around 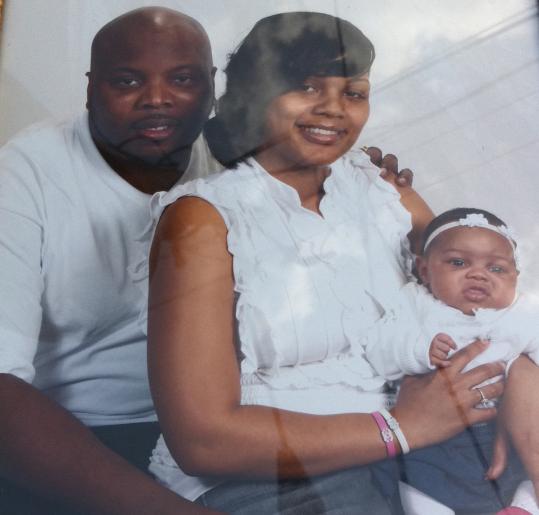 LaShon Washington’s life was not easy.

After spending five years in jail, two decades ago, because of something that his father said he “got mixed up in when he was 17,’’ landing a decent job was nearly impossible. His family admitted he used to hide his criminal record from employers, which left him working somewhere for a few months until the company found out he was a convict. He would then be fired.

“LaShon lost his mother when he was just 4, so therefore I had to raise him.’’ said his father, Timothy Washington, 69. “And he’s had his ups and downs in the street, but lately he had gotten his life together.’’

Things had begun to turn around for the Dorchester man. The 39-year-old started being honest about his past and was hired as a security guard in the city, a good job, with good pay, relatives said. He also worked as a bouncer at a local club to support his four children, one of whom recently graduated from college, they said.

But things came to a tragic end around midnight yesterday. Washington was leaving a family Fourth of July barbecue on West Seldon Street. He had put his fiancee and 5-month-old daughter in the car, but then decided to send them home a different way and to drive home his cousin Joseph “Joey’’ Winston, 26.

On the ride to his cousin’s home, someone approached Washington’s car on Columbia Road and opened fire, killing both men in what police labeled an execution.

Washington was not the target. Police said Winston was involved in gang activity, and he was the target.

Police could not detail yesterday charges the two men had faced in the past.

Family members did not express anger at the killer. They were angry, however, with what they felt were systemic problems that failed both the victims and the triggerman.

“My anger is not so much with the people that did this, but with the mayor and with the city,’’ said Denise Williams, aunt to Winston and a cousin to Washington. “How can you be in the South End at 2 o’clock in the morning, sitting at a cafe having drinks, and you don’t have to worry about getting shot, but not in Roxbury and Dorchester?’’

Dot Joyce, a spokeswoman for Mayor Thomas M. Menino, said: “It’s difficult to learn of any violence in our city. The mayor had several meetings today with the police commissioner and other top command staff members. He started his day putting 675 young people to work in our city in corporate America and will continue to offer positive opportunities for young people to find the right way forward.’’

Standing in front of his house in Dorchester yesterday, Timothy Washington criticized the correctional system that both men, and countless others, have faced.

“These kids have been written off. These kids have no other recourse. Once they get that CORI [criminal record], that’s it as far as the job market is concerned. They’re rejects,’’ he said. “So what are they going to do? They got to turn to other resources for income, and I think a lot of times they take their frustrations out on each other.’’

John Guilfoil can be reached at jguilfoil@globe.com.