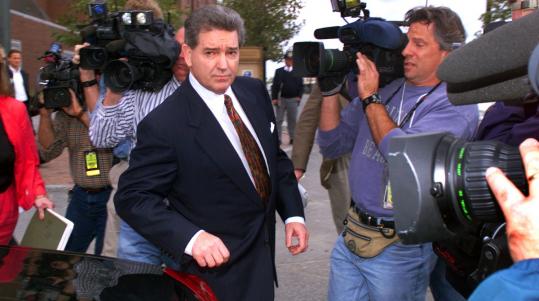 He was the FBI’s best informant, a mobster who provided agents with underworld secrets, helping them knock out the Boston Mafia. Then James “Whitey’’ Bulger became the bureau’s biggest embarrassment when it was revealed that agents were protecting him from prosecution, tipping off him to investigations, and taking payoffs.

Yesterday, as elated FBI agents in Boston declared that Bulger had been captured, they said the arrest should dispel any lingering notion that the bureau remained under Bulger’s thumb.

But others said the capture of the crime boss could dredge up more revelations of collusion between the gangster and the federal officials who were supposed to be taking down mobsters. A Bulger trial, they said, could reopen one of the most painful chapters in FBI history.

“It was a big problem when they didn’t have Whitey,’’ said Harvey A. Silverglate, a criminal defense lawyer and sharp FBI critic. “It’s a bigger problem now that they do.’’

Michael Huff, a recently retired Tulsa, Okla., police detective, agreed that a trial could implicate more law enforcement officials in the Bulger scandal. Huff has been investigating Bulger since 1981, when Roger Wheeler, a Tulsa businessman, was killed by members of Bulger’s gang.

“Will he shed the final light on this really terrible chapter in regards to law enforcement corruption?’’ Huff said. “How did this guy do this all, this long, without some official help? It’s not a question that I can answer, but it’s a question that I have.’’

Meanwhile, Bulger and his sidekick, Stephen “The Rifleman’’ Flemmi, consolidated their control over Boston’s loan-sharking and gambling rackets. Despite evidence implicating the duo in shakedowns, murders, and drug-dealing, the bureau ignored their crimes in the 1970s and 1980s.

Connolly, who retired in 1990, was later convicted of racketeering and obstruction of justice for protecting Bulger and Flemmi and alerting them to a grand jury indictment against them — before it was made public — allowing Bulger to flee in 1994.

Connolly was also convicted of second-degree murder for leaking information to Bulger and Flemmi that prompted them to orchestrate the slaying of a businessman who was a potential witness against them.

Connolly’s FBI supervisor, John M. Morris, testifying under a grant of immunity in 1998, admitted that he took $7,000 in bribes and a case of fine wine from Bulger and Flemmi during the 1980s.

That corruption — and suggestion that others in the FBI may have been involved — cast a dark cloud over the bureau.

“That was a very painful period,’’ said John Gamel, who was an agent in Boston from 1979 until 2001. “To be accused of wrongdoing was demoralizing.’’

But that period is over, he said. A Bulger trial will not tarnish the bureau again.

“He may have new revelations, but the FBI is a very strong organization with a very strong culture of ethics, and to think that any presently serving agent would have a problem as a result of his capture is beyond belief,’’ Gamel said.

“Everyone who is carrying that gold badge these days are the good guys and good gals, and the small number of people who had some central or nefarious dealings with the guy are out of there,’’ he added.

US Representative Dan Burton, an Indiana Republican who held congressional hearings in 2003 on the corruption of Boston’s FBI agents, said Bulger’s capture is a testament to the agency’s emergence from scandals nationwide that took root under J. Edgar Hoover.

“There were some bad apples, and those bad apples were caught and brought to justice,’’ he said. “The FBI is to be commended for arresting Whitey after all these years.’’

But the possibility that Bulger could offer new information about FBI entanglements with the mob would undermine the triumph of his capture.

The taint from that time is now mostly, but not entirely, history, said Donald K. Stern, a former US attorney in Boston who was preparing the case against Bulger when the mob boss fled.

“That is more of a legacy of the past, as older-age agents and troopers have moved on and retired,’’ he said. “But it’s still there. It’s still something that everyone is aware of and dealing with.’’