In Barrios exit, a collision of pressures 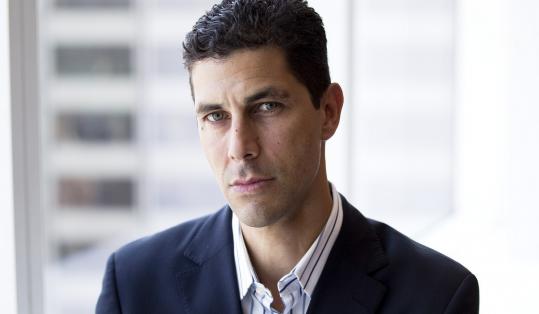 Jarrett Barrios, 41, a graduate of Harvard, is one of the Bay State’s best-known advocates for gay rights. (Yoon S. Byun/ The Boston Globe/ File)
By Mark Arsenault Globe Staff / June 21, 2011

It seemed like an odd endorsement: a national gay advocacy group writing the federal government to support a proposed merger of cellphone companies.

The letter from Jarrett Barrios, president of the Gay & Lesbian Alliance Against Defamation, did just that, urging the Federal Communication Commission to approve the merger of telecom giants AT&T and T-Mobile. Gays and lesbians want “more access, faster service, and competitive pricing’’ in their mobile service, and “on all three counts, we believe the facts strongly favor the merger,’’ he wrote.

The May 31 letter did not mention that AT&T is a major financial supporter.

Criticized by gay media and bloggers and accused of trading the endorsement for donations, Barrios, a former Massachusetts state senator, resigned his post over the weekend.

It is the latest sharp turn in the career of a charismatic local politician who at one time appeared destined for higher office in the Bay State. The episode, observers and Barrios defenders say, also illustrates the pressures on nonprofit groups to continue fund-raising through a difficult economy.

“Jarrett was an innocent victim of a larger debate within the gay community about corporate funding,’’ said Phil Johnston, a former Democratic Party state chairman and longtime Barrios supporter. “A lot of major nonprofits are doing the same thing.’’

Other liberal-leaning groups also endorsed the telecom merger after receiving money from AT&T, including the NAACP and the National Education Association, according to Politico, which first broke the story of Barrios’s resignation. His endorsement letter was cosigned by Justin Nelson, president of the National Gay & Lesbian Chamber of Commerce.

Barrios did not respond to messages yesterday. On his Facebook page, he said that it had been a “tough weekend’’ but that he had made the right decision. “Now I will begin the next several weeks to work with board on managing the transition,’’ he wrote. “To my friends, thank you for the outpouring of support. Truly overwhelming.’’

Barrios, 41, a Harvard graduate, is one of the Bay State’s best known advocates for gay rights. The Cambridge Democrat was elected to the Massachusetts House in 1998 and then in 2002 became the first openly gay man and first Latino to win a seat in the Senate. He was outspoken in the debate to preserve gay marriage rights in Massachusetts and was one of the first elected officials in the country to marry his partner, former Al Gore spokesman Doug Hattaway. Barrios announced last year the couple would divorce.

Barrios was long considered an up-and-comer in state politics, despite an unsuccessful campaign in 2006 for Middlesex district attorney. But in 2007, he unexpectedly left government to take over as president and chief executive of the Blue Cross Blue Shield of Massachusetts Foundation. He became national president of Gay & Lesbian Alliance Against Defamation in 2009.

The alliance had little to say about its former leader. Roxanne Jones, cochairwoman of the board of directors, confirmed in a statement that Barrios had resigned and said the board would discuss the matter tomorrow.

Though the nonprofit work of the alliance and other liberal groups seems unrelated to cellular communications, their support could be important in undercutting opposition to the merger, said Craig Holman, a lobbyist on government ethics for the nonpartisan group Public Citizen.

“GLAAD has nothing to do with phone service, but you will usually find that liberal groups are the source of opposition to large corporate mergers,’’ said Holman. Getting them on board could help mute opposition, he said.

“We have communicated with many nonprofit organizations during the course of the last few months to make that case,’’ company spokeswoman Claudia Jones said in an e-mail. “We have encouraged them to join us in our advocacy of the deal, and of course we understand and appreciate that our commercial interests are separate and distinct from their nonprofit interests.’’

But for nonprofits that “depend on activism and engagement,’’ communications and connectivity are critical issues, said Jones. “Those who criticize any nonprofit organization’s viewpoint on this deal, either in favor or against, as being dictated by an AT&T contribution are simply wrong.’’

A representative of T-Mobile offered a one-line statement: “T-Mobile does not make donations to organizations or individuals in exchange for their support of the acquisition.’’

Friends of Barrios cited his long record as an advocate for the gay community and expressed their support.

“Being the head of an advocacy organization is not easy,’’ said Arline Isaacson, cochairwoman of the Massachusetts Gay and Lesbian Political Caucus. “No matter what you do, you will anger someone. . . . It’s the nature of the beast, and advocacy organizations are often asked to take positions on a variety of issues that are not obviously within their domain, but may be related.’’

Johnston, a board member for the Blue Cross Blue Shield of Massachusetts Foundation who supported Barrios’s candidacy to run the foundation, said he met Barrios Sunday in Los Angeles, where both had been traveling. Barrios was in good spirits, Johnston said. “Regardless of what the future holds, he will have a powerful legacy in terms of his work on gay and lesbian issues.’’

Noah Bierman of the Globe staff contributed to this report. Mark Arsenault can be reached at marsenault@globe.com.