A four-year-old boy killed in an escalator accident in the Auburn Mall in March would be alive today if the companies involved in the installation and operation of the escalator followed state rules and their own construction plans in 2009, a family attorney said today.

Mark DiBona was in the Sears store in the Auburn Mall on March 11, 2011 stepping onto the escalator when the momentum of the escalator handrail pulled him into a 6 1/4-inch gap between the escalator and a plexiglass barrier, falling one story below. He suffered head injuries and after his family decided to donate his heart, Mark DiBona was pronounced dead on March 12, 2011.

Douglas DiBona read from a prepared statement as his Boston attorneys, W. Thomas Smith and Stacey Pietrowicz, described the reasoning behind a sweeping negligence lawsuit filed on behalf of the child’s parents, Eric and Laura DiBona of Dudley.

“What happened to Mark on that awful day should never have happened,’’ said Douglas DiBona, the child’s uncle and family spokesman. “He was a happy, healthy four year old boy with his entire life ahead of him…Although we can never get Mark back, we can try to make sure that no other family has to endure this kind of pain and loss.’’

The lawsuit alleges that when new escalators were installed in the mall in 2009, the town of Auburn approved a building permit that called for the installation of barriers to close the small gap that Mark DiBona went through to his death.

However, when Botany Bay, as general contractor, oversaw the installation of the Schindler-built escalators, no one installed the barriers, a problem that should have been fixed sometime during the past two years by Sears and the mall operators, the family alleges.

“It was just luck that nobody fell before Mark,’’ said Smith. The parents were with their son at the time of the fatal accident. “If they had complied with the state building code, it would have saved Mark DiBona’s life.

Smith said Auburn town records included a copy of the building permit issued for the escalator replacement project. He said there is an explicit call for a barrier in the blueprints filed by the companies involved. He said the family is aware of the failures the Patrick administration has identified in its state inspections of the property.

Smith said, however, the goal of the civil lawsuit is to hold the companies involved accountable for their actions.

“It was on the plans they were supposed to follow. And it wasn’t there,’’ Smith said of the barrier. “And Sears and Simon were there on a daily basis, having the opportunity to make sure that the store complied with the building code. And didn’t do so.’’

Botany Bay did not return a telephone call seeking comment. Spokesperson for the other companies involved said the companies routinely decline comment when an issue is involved in litigation. In a statement, Schindler Corporation said it continues to cooperate with investigations into the child’s death.

“Our thoughts and prayers remain with the DiBona family, and we continue to provide the authorities our full support and cooperation,’’ Schindler said in a statement. “Schindler is committed to the safety of its equipment, its employees and the riding public. Safety is our number one priority.’’

The death of the boy prompted the Patrick administration to review escalator inspections statewide, leading to disciplinary action against two thirds of escalator inspectors because they had approved escalators for public use with safety violations similar to those that led to Mark DiBona’s death.

The administration is moving to fire the two inspectors directly involved in the Auburn Mall. 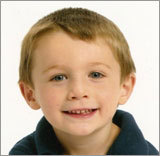