Vocal critic of mayor of Lawrence is beaten 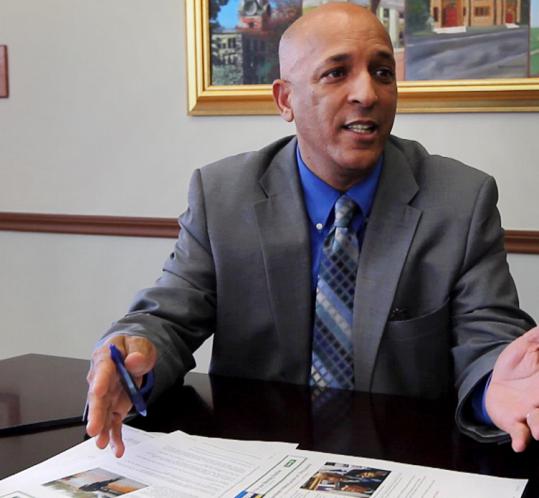 A prominent critic of embattled Lawrence Mayor William Lantigua alleges that he was beaten by a 6-foot-9-inch nightclub bouncer who called him “a snitch’’ and the “man who took the mayor to court.’’

The weekend assault, caught on videotape, left Antonio Arevalo with an arm broken in two places and spotlighted the deep divisions in the city under Lantigua, who has been feuding with police since he took office as the state’s first Latino mayor last year.

The city’s crime rate has soared since city budget cuts forced the layoff of police officers in July 2010.

David Figueroa, a bouncer at the nightclub La Guira, admitted hitting Arevalo once inside a chicken restaurant next door to the nightclub, according to the police report, but denied the altercation had anything to do with Lantigua.

Figueroa said he was trying to break up a fight in front of La Guira early Saturday morning. Arevalo was snapping pho tographs of the altercation and refused to stop, said Figueroa, who pleaded not guilty to charges of assault and battery with a dangerous weapon and intimidating a witness at his arraignment yesterday in Lawrence District Court.

Arevalo has been a controversial crusader against violence in the city during Lantigua’s 16 months in office, and has followed the mayor to local nightclubs and bars.

In January, after Arevalo said Lantigua cursed him, and an aide allegedly called him a “snitch’’ in a chance meeting at a local restaurant, Arevalo sought a restraining order against the mayor. A judge denied the request.

In an interview with the Globe, Arevalo said the bouncer, who is a foot taller and 200 pounds heavier than he is, chased him into the kitchen of Crown Fried Chicken, where he grabbed him in a headlock and punched him in the head.

“There were knives around and I wanted to get away,’’ he said. “I was trying to get out of the back door when I got pulled back by the back of my jacket. I had to get into a fetal position. He was kicking and punching me . . . calling me a snitch the whole time.’’

Figueroa snatched Arevalo’s flashlight and pummeled him with it, he alleged. “The first one came down on my arm and broke it,’’ Arevalo said. “The next one broke my wrist. People in the restaurant were yelling David, don’t don’t.’ ’’

Arevalo said Figueroa hesitated just long enough for him to get away. “The next one probably would have killed me,’’ he said.

Lawrence police said that a security video from Crown Fried Chicken supported Arevalo’s account of the assault, but the camera had no audio, making it impossible to confirm what Figueroa was saying.

Figueroa said he voted for Lantigua but no one asked him to assault Arevalo. He called Arevalo “a provoker’’ who is always “in some sort of controversy,’’ according to the police report.

Lantigua did not respond to telephone messages left at his office yesterday. But in an interview last week, he cited Arevalo as an example of someone going out of his way to spread false rumors.

“This guy called Antonio, he spends all day walking around here, just provoking us,’’ he said. “He is the one sending a lot of [allegations] uptown.’’

Lantigua said laying off police and other city employees to help balance the budget in one of the state’s poorest communities has made him “not too popular’’ with some groups.

Lantigua has political and personal ties to La Guira. He helped owner Richard Nunez open the club in 2004 after city officials turned down his request for a permit because the bar was too close to another liquor establishment.

At a hearing before the city’s zoning board of appeals, Lantigua described Nunez as a hard-working family man.

In 2008, Nunez contributed the $500 maximum to Lantigua’s reelection campaign for state representative.

La Guira has been the site of numerous incidents, including a brawl in December and a shooting rampage in September that left two dead and three injured.

The beating of Arevalo renewed calls from some critics for Lantigua to speak out against the culture of silence that makes it difficult for police to take hard-core criminals off the street.

“There is a code of conduct on the street — you’re not supposed to talk about anything law enforcement-related,’’ said Lawrence City Councilor Marc LaPlante, and a “snitch’’ is viewed with suspicion. “When you abide by that code, you jeopardize the police’s ability to do their job.

“Until our leadership speaks out forcefully against that kind of behavior, we will give others license to continue these kinds of illegal activities,’’ he said.

To read a copy of the police report on the beating, go to boston.com/globe.