THIS STORY HAS BEEN FORMATTED FOR EASY PRINTING
LOCAL COMMUNITY REACTS 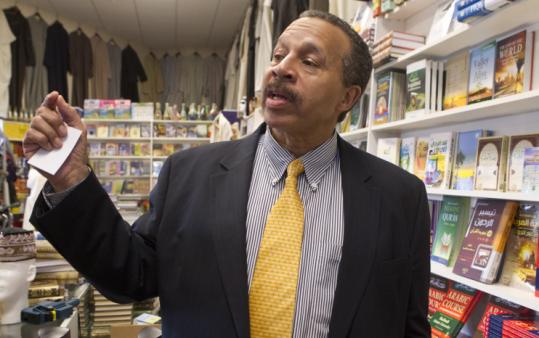 Naila Baloch woke up yesterday and felt a sense of relief — and disbelief.

Baloch, the Muslim chaplain at Tufts University, hoped Osama bin Laden’s death would bring comfort to his victims’ families, that somehow it would make the world a bit safer. But it was odd to consider how much bin Laden had affected so many people since that Tuesday morning a decade ago.

Baloch, a native of Pakistan, became a chaplain partly because of the Sept. 11 attacks, hoping she could help bridge two worlds she loved. “It’s strange to see the person who sparked it all is now gone, finally,’’ said Baloch, 30.

Local Muslims described feeling a mix of emotions yesterday as the reality of bin Laden’s death sank in. Some felt great satisfaction in knowing that the man responsible for so much destruction had been killed.

“I hope it was a cold, undignified death befitting a mass murderer,’’ Sohrab Ahmari, a law student at Northeastern University, wrote on Facebook shortly after his roommate returned to their South Boston apartment with the news Sunday night.

Imam Talal Eid, who is the Muslim chaplain at Massachusetts General Hospital, Brigham and Women’s Hospital, and Brandeis University, and the executive director of the Islamic Institute of Boston, experienced a more subdued sense of relief.

“Justice is done,’’ he said. “This man committed a crime against humanity, Muslims and non-Muslims.’’

For others, there was a sense that bin Laden’s demise would do little to counter the events of the last decade.

“Anyone who is reveling in the death of Osama bin Laden doesn’t understand the whole picture,’’ said Imam Abdullah Faaruuq of the Mosque for the Praising of Allah in Roxbury, mentioning the financial cost of wars in Iraq and Afghanistan and the thousands of lives lost here and around the world. “How much was he worth?’’

For some, there was a weirdly flat feeling. Denia Hasic, a Muslim student at Boston University, felt very little when she heard of his death from another student while filming in her dorm for a production class Sunday night. After they heard the news, they went back to their work.

“We were all in disbelief, but it was quite an anticlimactic moment,’’ she said. “It was a symbolic moment. It doesn’t change anything. We’re still at war over there, it’s not like we killed him, and now we can leave.’’

Many local Muslims said they were heartened by President Obama’s speech announcing the news late Sunday night. The president, as President Bush had many times before him, took care to reiterate that “the United States is not — and never will be — at war with Islam.’’

Atif Harden, director of institutional advancement at the Islamic Society of Boston Cultural Center in Roxbury, said he was glad to hear the president’s words. “There’s always an attempt to paint us with a broad brush,’’ he said. “We’ve proven our worth in this country.’’

About three dozen men gathered for the Asr (late afternoon prayer) at the cultural center yesterday. Indirect sunlight from windows high above filled the prayer room with a soft glow, and the building was nearly silent for the long, meditative spaces between words.

Abdillahi Abdirahman, a 46-year-old Somali-American who owns a coffee shop across the street, tries to come to all five daily prayers each day.

“From Sept. 11 until today, my daily life, it has an effect on it,’’ he said, adding that he hopes the focus on the Muslim community in the United States “eases off’’ a bit now. “Our religion doesn’t allow killing innocent people.’’

The question most on the minds of moderate Muslim-Americans now, Ahmari said, does not concern bin Laden but rather the “transcendent struggle’’ of uprisings sweeping the Middle East: “Are we at the dawn of an era of civil rights and liberalism in the region or just another revolution leading to more autocracy and fanaticism?’’