A deal with worrisome side effects 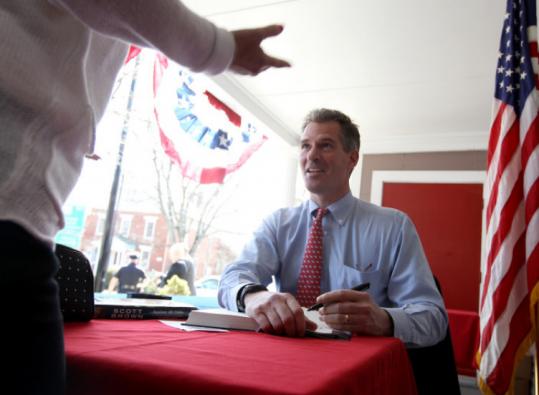 WASHINGTON —The last-minute deal struck in Congress to avert a government shutdown defused a crisis over spending but has also angered some Massachusetts lawmakers who see in the agreement a discouraging precedent for harder battles still to come.

“I am for a leaner government. What I’m not for is a meaner government,’’ said Representative James P. McGovern, a Worcester Democrat who was among just 70 House members who voted against the deal.

The agreement, struck in dramatic fashion shortly before a midnight Friday deadline, represents a grand bargain among House Republicans — under pressure from Tea Party-backed members — Senate Democrats, and the White House

The fight, while fierce, is a mere precursor to upcoming collisions over deficit reduction, entitlements, and — in just a few weeks — raising the government’s debt ceiling.

Representative Barney Frank, who also voted against the one-week budget, said the vote Friday was only the first skirmish in a fight that he said at this point has been driven by conservatives.

Frank, a Newton Democrat, said he would not have voted against the one-week budget if the government would have shut down as a result. But knowing that the bill would pass by a wide margin, he said he wanted to register his personal opposition to cuts in housing, social programs, and Wall Street oversight, while military spending for the current year was increased by several billion dollars.

“I think it’s important for those of us who think this is a terrible set of priorities to keep objecting,’’ he said.

The agreement required passage of a one-week spending measure cutting about $2 billion, which both chambers approved late Friday night. That spending bridge provides time for congressional staff to hammer out details on a broader budget bill funding the federal government through September, a measure which reduces spending by about $38 billion. About $10 billion of that amount had been agreed to earlier.

Congressional aides and state officials were still trying to learn the full impact of the cuts yesterday, but there were areas of concern. The short-term spending measure that President Obama signed yesterday immediately cut $1.5 billion from high-speed rail funding, which could affect grants going for improvements to the Northeast Corridor and South Station in Boston.

Cuts to a Federal Aviation Administration account could impact funding at Logan International Airport and other Massachusetts transportation facilities, according to a summary compiled by the office of Representative Edward J. Markey, a Malden Democrat. Another $149 million comes out of public housing.

“Right now we are assessing what very limited information we currently have and will work with agencies to determine the impact on critical programs and services,’’ said Alex Zaroulis, a spokeswoman for the Massachusetts Executive office for Administration and Finance.

McGovern said that while he is glad that a government shutdown was avoided, he fears that many of the budget cuts for this year will ultimately come from programs that benefit those who most need them. Three other Massachusetts lawmakers —Frank, Markey, and Michael Capuano — also voted against the deal.

“I’m glad we’ve averted a shutdown, that a deal’s been made between the White House and the Republicans. But even though it keeps the government going, in my opinion it’s a lousy deal for the most vulnerable in our country,’’ he said.

The temporary budget bill expires on Friday. Congress must then pass the longer-term budget, which would fund the government through the rest of the current fiscal year, which ends Sept. 30.

Although the nation’s top political leaders — Obama, House Speaker John Boehner, and Senate majority leader Harry Reid — have agreed on that deal in principle, many details remain to be worked out.

Congressional aides said yesterday that they expect to complete the legislation over the next few days, which would provide further details about the budget cuts.

Some 800,000 federal employees had been anticipating a Friday night shutdown, which would have created a virtual standstill across the federal government, closing monuments and parks and halting innumerable functions and services.

Obama highlighted the hard-won deal yesterday with a midafternoon trip to the Lincoln Memorial, which would have closed had the government shut down amid Washington’s busy tourist season.

“Because Congress was able to settle its differences, that’s why this place is open today and everybody’s able to enjoy their visit,’’ Obama said before a cheering crowd. “And that’s the kind of future cooperation I hope we have going forward.’’

Senator Scott Brown, a Republican, said at a book signing in Concord yesterday that he supports the plan, which he called “a good first step.’’ He wasn’t yet prepared to say what specific cuts he supported, and planned to study details of the completed legislation when he returned to Washington.

“It’s all about compromise. I’ve said right from the beginning, we’re in a financial emergency. We need to get our fiscal and financial house in order.’’

Mayors are anxiously watching what will happen with Community Development Block Grants, which take a $220 million hit immediately and will probably see far deeper cuts in the broader budget bill.

In Revere, city officials have been expecting at least $800,000 in such funding, which subsidizes an after-school program for poor children, street and sidewalk improvements in low-income neighborhoods, and counseling for people in danger of losing their homes.

Another area that will probably be affected is a fund that gives cities and towns low-interest loans to improve sewage and drainage systems in order to comply with the Clean Water Act. Last year, Revere borrowed $7 million and is preparing to ask for another $7 million.

“If [federal funds are] not available, it’s not like I can make it up in my budget,’’ Mayor Thomas G. Ambrosino said. “For a city like Revere it simply means these projects don’t get funded or these programs get cut.’’