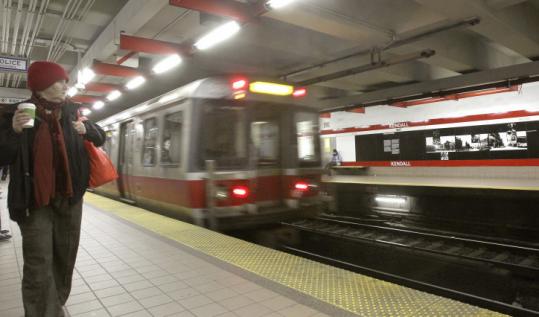 The band is getting back together again. After a year of tinkering and toiling at MIT’s Rapid Fabrication Laboratory, the students in the Kendall Band Preservation Society will begin reassembling the restored pieces of the celebrated musical sculpture at Kendall Station over the next few weeks.

The largest element of the sound sculpture should be up and working by April 30, when a celebration will be held at the station as part of a campus-wide open house celebrating MIT’s 150th birthday.

“Absolutely grand,’’ said Paul Matisse, the 78-year-old grandson of Henri Matisse and the creator of the “Kendall Band’’ who happily turned over its care to the students and has provided guidance along the way. “The fact that they’re doing it is just so good.’’

Among the 90 sculptures and murals throughout the T system, the Kendall installation is unique in inviting riders not just to admire it but to grab hold and participate, communicating with each other through music. But it had been damaged by heavy use.

Richard A. Davey, the MBTA’s general manager, is one of many “Kendall Band’’ admirers.

“We’re excited for the return, for sure,’’ Davey said. “I think it adds a real curious, and at the same time interesting, ambience at the station — not only for customers but even just onlookers, or those who may be visitors to the city.’’

The work was installed for the opening of the rebuilt Kendall Station in 1987. It consists of three massive, carefully tuned band members — “Pythagoras,’’ a row of pendulous, pipe-like bells and mallets; “Kepler,’’ a hammer and a ring big enough for a dolphin to leap through; and “Galileo,’’ a metal sheet the size of a barn door — that hang between the inbound and outbound Red Line tracks. Those instruments are connected by a delicate network of rods, cables, and gears to a set of handles on the station’s platforms.

When it works, the band produces resonant and enchanting music that rumbles and swells in the station and rises faintly above ground in Kendall Square. But its maintenance requires money and expertise that the T lacks. For years, Matisse, like a doting father, visited the station periodically to work at night, or to bring parts home to his Groton studio for more serious repairs. Eventually, he grew weary of the maintenance, but he was unsuccessful in enticing local institutions or corporations to take over. “Kendall Band’’ slipped into dormancy and disrepair.

Enter Seth Parker, an energy consultant and occasional Kendall visitor who was surprised, while passing through the station in 2009, to find the work unplayable. He began calling around — to the MBTA, to MIT, to anyone who might be able to help — and found a sympathetic ear in Clarise Snyder, a music and theater administrator at the university.

Snyder enlisted Michael Tarkanian, a materials science and engineering instructor who had taken comfort in the notes of the “Kendall Band’’ during the stress of his own undergraduate days. He assembled a group of students intrigued by the challenge of dissecting and restoring the work, and Snyder began rounding up financial support from MIT and local companies, including ITA Software, a firm founded by MIT alumni.

Last April, the students, clad in the fluorescent-orange vests of MBTA track workers, dismantled the controls and connectors. Over the summer, they hauled off Pythagoras — all 14 bells and 16 mallets, some of them 10-feet long — but left Kepler’s ring and hammer and Galileo’s thunder sheet hanging silently in place.

Since then, they have put in thousands of hours of volunteer labor. They built a giant lathe to spin and scrub Pythagoras’s bells, and they have sanded, polished, machined, and otherwise restored or replaced hundreds of elements, from large pieces to tiny nuts, bolts, springs, and bearings.

“By the end we basically had an assembly line of work going on,’’ said Tarkanian, who has enjoyed watching the students’ confidence, experience, and speed increase. “It was also interesting to get inside these sculptures and see how they work. It’s an opportunity you don’t usually get with any kind of art, to be able to take it apart and see what’s inside.’’

The Kendall Band Preservation Society has arranged to reinstall Pythagoras in the early morning hours of April 10 and 17, after the MBTA has stopped running for the night. With Pythagoras done, they will look next at whether the smaller and sturdier Galileo and Kepler need to be dismantled for restoration. The society, with future generations of students, also intends to provide long-term care for the works.

The society’s progress can be tracked online at kendallband.wordpress.com, and on its Facebook page. Snyder said she is arranging the final details for the April 30 ceremony, which will likely include Matisse and jazz pianist Donal Fox, improvising with students he has been teaching at MIT.

■ The T’s commuter rail contractor, the Massachusetts Bay Commuter Railroad Co., made multiple key personnel changes last week after a January-February stretch that was among the worst performing in the eight years that MBCR has held the contract.

MBCR accepted the resignation of its chief transportation officer, Stephen Urban, who will stay on as a dispatcher. Urban is being replaced by Edwin Motte, a 40-year railroad worker who most recently was a vice president at Pan Am Railways. The chief transportation officer is in charge of all train movements and works with Amtrak and the freight railroads that share track with the T.

■ The state Legislature’s Joint Transportation Committee voted 11 to 0 last week to recommend increasing the borrowing authority on the governor’s Chapter 90 bond bill from $200 million to $250 million. The bond bill pays for assistance to cities and towns for local roads.

The committee added language setting aside $15 million for “smart streets,’’ to encourage communities to include better accommodations for bicyclists, pedestrians, and people with disabilities on local roads, sidewalks, and paths.

Four Senate members of the joint committee, including cochairman Senator Thomas M. McGee of Lynn, reserved their rights, a formal way to signal their concerns, without voting no, over whether the state can afford the amount. The bill has a hearing tomorrow with the House Committee on Bonding, Capital Expenditures, and State Assets.

Meanwhile, the Joint Transportation Committee will host the first of two hearings on the state of the MBTA and Department of Transportation, with a particular focus on commuter rail, at 2 p.m. April 12 at the State House, in room A-1.