Bracing for the squeeze 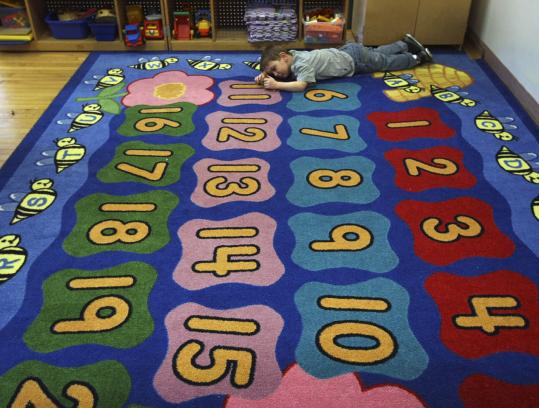 The prosperity that brought higher condo prices, urban professionals, and a chic reputation to Charlestown did not make it to this corner of the neighborhood.

Languishing in the shadows of Charlestown’s rising fortunes are the very poor, who have long sought hot meals, early childhood education programs, or fuel assistance at ABCD’s John F. Kennedy Family Service Center. But the Kennedy and 16 other centers that provide vital services to 30,000 of Boston’s poorest residents are bracing for federal cuts that leaders say could force many to close.

“We are the only organization in Charlestown with a mission to work with low-income families,’’ said Katherine McDonough, the center’s longtime director. “There are a whole load of things that we do in Charlestown for people who are either very low-income, or who have had their families move out of town, or who are new to the country and don’t speak English. I don’t know where they will go.’’

The cuts are part of President Obama’s 2012 budget proposal, which would slash federal funding for community action agencies across the country like ABCD by half, to $350 million. But as the debate in Congress heats up over federal spending, advocates worry that another safety net for the poor is being eroded.

“Other nonprofits have a capacity and it’s already exceeded,’’ said Kristen McCormack, who heads Boston University’s nonprofit program. “I have been watching this in this community for 30 years. It’s really a tsunami of cuts coming from the federal, state, local, and private philanthropic community. It’s a perfect storm of a bad economy’’ for these agencies.

The cuts have sparked a national outcry among antipoverty officials, with many angered that Obama — who once championed their cause — is now targeting them.

“Because of this administration, these programs are the ones with a bull’s-eye on it,’’ said David Bradley, who runs the Washington-based antipoverty advocacy group National Community Action Foundation. “What the president did is said, ‘This is open season on these agencies.’ ’’

Some antipoverty advocates say that as government funding for agencies like ABCD becomes scarcer in an era of squeezed resources, more of the groups will be forced to take dramatic cost-saving measures and turn to other sources, like private donors.

“Everybody who works in poverty and human services has to understand that the game has changed,’’ said Tiziana Dearing, who heads Boston Rising, a start-up funding agency that targets poverty across the city. “The level of funding that used to be there is not coming back.’’

For the past few weeks, ABCD has been mapping out worst-case scenarios, urging its clients to write support letters to Obama and US representatives, and promoting an online petition, which has more than 12,000 signatures.

Action for Boston Community Development was established in the city in 1962 as part of a national antipoverty network of 1,100 agencies. It opened a network of neighborhood sites in the heart of Boston’s impoverished communities, with an aim to be much closer to the people it helps in combatting barriers to education, employment, and health.

The neighborhood centers also receive additional funding, including private donations. Residents often walk to the sites to apply for summer jobs or college, get free tax help, or a translator — in Spanish, Chinese, or African languages — to fill out health and other government forms.

Eunice Foster, a native of Jamaica, said she turned to the Dorchester Neighborhood Service Center for help with her adult daughter, who has Type 1 diabetes and end-stage kidney failure. The center paid her daughter’s heating bill, helped Foster with her taxes, and helped her granddaughter get a summer job.

“I find that when I go to that place, they make you feel welcomed,’’ said Foster, who came to Boston to help care for her daughter three years ago. “I wouldn’t like to see them shut such a place down because people really need it.’’

Alison Carter Marlow heads the Claybourne Street center, where many neighbors confront woes such as foreclosure, joblessness, or youth violence. The majority who come — more than 2,000 this season — seek fuel assistance, she said. But others simply want a job.

“In this community,’’ she said, “a job is the difference between a kid being off the streets and kid being involved in gang violence.’’

In Mission Hill one morning, fliers that said “Help Us Save ABCD Programs’’ in English and Spanish were posted all over the office at the Parker Hill/Fenway center. In a small classroom, Spanish-speaking students tapped keyboards in a computer class. A man battling asthma and stress over a delinquent electric bill sat for two hours with an advocate, who helped him fill out an application for a discount payment plan and then with his federal taxes. On the second floor, seniors gathered for a meal, friendship, and Bingo.

“I think it’s a life for us,’’ said Shirley Rhodes, a 69-year-old Mission Hill resident. “It’s a place where you come for so many things.’’

Milagros Arbaje-Thomas, the director and a former ABCD summer jobs counselor and GED teacher, reeled off her center’s offerings, highlighting the role the agency plays in the lives of Boston’s Latinos. More than 70 percent of the centers’ clients are Latinos who live in all parts of the city and rely on the center’s Spanish-speaking staff.

The center gets funding help from nearby hospitals and colleges, but Arbaje-Thomas worries about what will happen to her staff and her clients if federal dollars are slashed.

“It’s scary,’’ she said. “Everyone is concerned that if they walk by this corner, it will no longer be here.’’